Japan's government plans to resume public auctions for offshore wind power projects by the end of this year, after revising rules to draw a wider range of bidders and encourage faster development of new infrastructure.

The resumption follows the abrupt suspension of an auction in March for an offshore wind farm in Happo-Noshiro in northern Japan. Industry sources say that suspension came amid criticism from businesses about the lack of clarity around the bid process.

Criticism has grown following the government's selection in late December of three consortia all led by Mitsubishi Corp to operate three offshore wind power projects in Akita, northern Japan, and Chiba, near Tokyo.

The proposed changes, presented on Thursday by the industry and land ministries to a panel of expects, would give a higher evaluation score to operators who submit earlier start-up dates and set a limit on bids that one consortium can win when multiple ocean areas are auctioned.

To discourage auctions that focus on price alone, the evaluation process will treat all bids that are below the market price an equal score in their assessment on price.

The government says the changes would be required as Japan needs to expand renewable energy faster in light of Russia's invasion of Ukraine, which has sent energy prices soaring.

Offshore wind power is a key part of Japan's decarbonization strategy and the government plans to install up to 10 gigawatts (GW) of offshore wind capacity by 2030 and up to 45 GW by 2040 to curb emissions.

A number of global wind power companies such as Denmark's Orsted and Germany's RWE are keen to enter Japan's market. 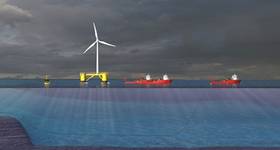 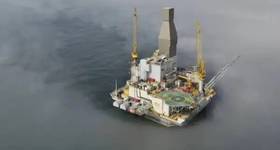