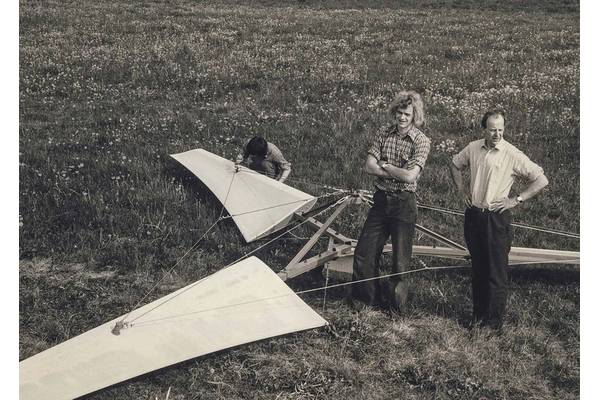 Henrik - 1978: Stiesdal’s 1978 turbine was made with wooden blades and a control system, both of which he built from scratch. It was only retired in 1991 when the wood had rotted. Henrik: Henrik Stiesdal. Photo from Stiesdal A/S. 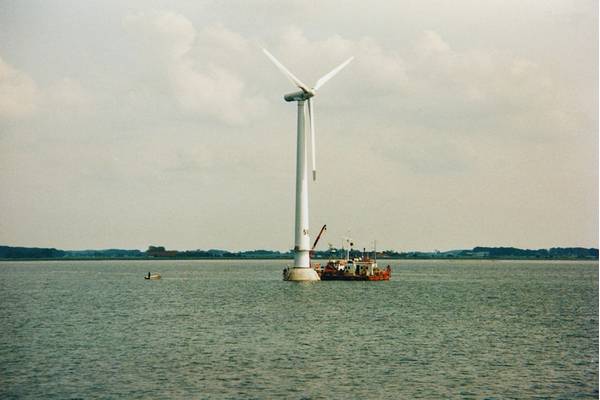 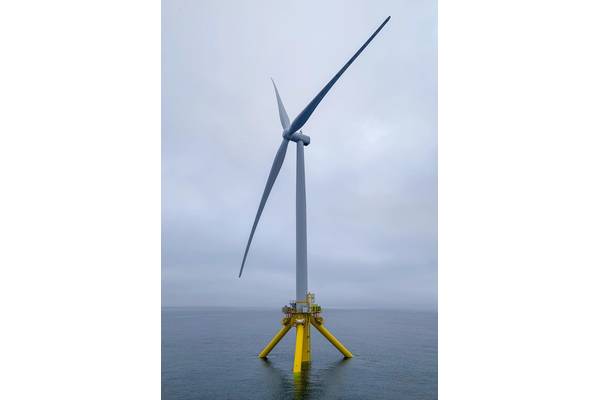 Stiesdal A/S’ TetraSpar was installed late last year and has so far had 59% capacity. Photos from Stiesdal A/S.

Wind power pioneer Henrik Stiesdal built his first wind turbine in 1978. It was one of Denmark’s first step towards becoming a wind energy powerhouse, with Stiesdal regularly at the helm. He’s now got wider climate initiatives in his sights, including industrializing floating offshore wind. He reflected with OE’s Elaine Maslin.

By 2021, a total of 35 GW of offshore wind had been installed across the world. To meet global climate targets, the International Energy Agency (IEA) says that another 80 GW of it needs to be built per year by 2030. Henrik Stiesdal expresses this target another way: “We need to do twice what we did in the past 30 years, per year, by 2030.”

It sounds daunting, but this is an industry that has surprised many. Since Henrik built his first wind turbine in 1978, he has seen turbine rating grow by a factor of 1000 and growth is continuing. There are limits, but also opportunities and urgency.

Henrik Stiesdal is familiar with many of the challenges involved. He is one of the wind industry’s major pioneers. The turbine he built in 1978 was one of the first. It was a horizontal axis, three blade turbine dubbed the “Danish concept”, which, after the design was sold to Vestas in 1979, kick-started and then dominated the wind industry. 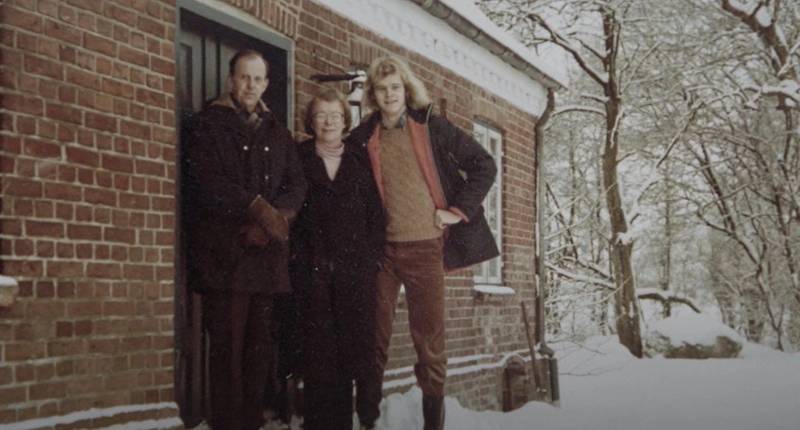 Throughout his career, Henrik Stiesdal's focus has been solving problems. The first was to alleviate the pressure of energy price increases at his parents’ farm following the 1973 oil crisis with that very first turbine.  Photo from Stiesdal A/S

From 1988, he was CTO of Bonus Energy, which built the first offshore wind farm, Vindeby, offshore Denmark in 1991. When Siemens Wind Power bought Bonus in 2004, he became its CTO before “retiring in 2014” and then setting up Stiesdal A/S in 2017. Throughout, his focus has been solving problems. The first was to alleviate the pressure of energy price increases at his parents’ farm following the 1973 oil crisis with that very first turbine. Then, along with others, he started to see it as a national energy challenge. Since the late 1980s, it’s been increasingly about addressing the global climate challenge.

One of the first major milestones was the first offshore wind farm. Building offshore had been talked about for well over a decade before Vindeby took shape, using 11, 450 kW Bonus turbines designed by Stiesdal’s engineering department at Bonus. “Another milestone was when we built Middelgrunden outside Copenhagen in 2000,” says Stiesdal. “At 40MW, this was the world’s biggest wind farm using (20) 2MW turbines.” But it was also unique because it was the first to use turbines designed for use offshore. Until then, modified onshore turbines had been used. The offshore turbines had better climate control, but they were also bigger than any permitted for onshore at that time.

Another less tangible milestone came in 2012. Until then, investors’ risk management teams typically didn’t ask much about wind resources or technology, but often more “irrelevant” questions, such as about the risk of a tsunami in the North Sea or if a tanker could take down an entire wind farm. “They had to be convinced to invest in offshore wind,” he said. “Then, almost overnight, from 2012-2013, that changed. From 2013 onwards, the question was ‘Do you have another project we can invest in’. Suddenly it had become mainstream with low or moderate risk.”

It’s been a remarkable growth story, one that few would have been able to predict. But, in light of today’s climate urgency, could more have been done? Yes and no, he says. The ‘no’ is a technical no, related to the scale-up rate of turbine size and capacity. “You can accelerate to a certain extent, but (for example) you cannot develop the big machines without having done the smaller machines and understanding what you’re doing,” says Stiesdal. “Some, in the US, Germany and Sweden, tried early on to do big machines from the start. They didn’t work very well and they had internal design features that weren’t realistic for industrial production. It wasn’t the right way to go. The right way to go was to develop incrementally, as fast as you could.”

The supply chain also has to be ready, he says. “In 1989, we launched a turbine that was much bigger than what we had done before.” Bonus jumped from a 150kW turbine to the Bonus 450kW – the biggest in the market at the time. But while technically successful – the first offshore wind farm, Vindeby, was built using it – it was not commercially successful for several years. “It had been too big compared to what the supply chain could cope with,” says Stiesdal. “There wasn’t a gear box manufacturer that could manufacture the volumes needed or if they could they were too expensive, because it would be a niche product. We figured out that you shouldn’t leapfrog more than what others could catch up with.” 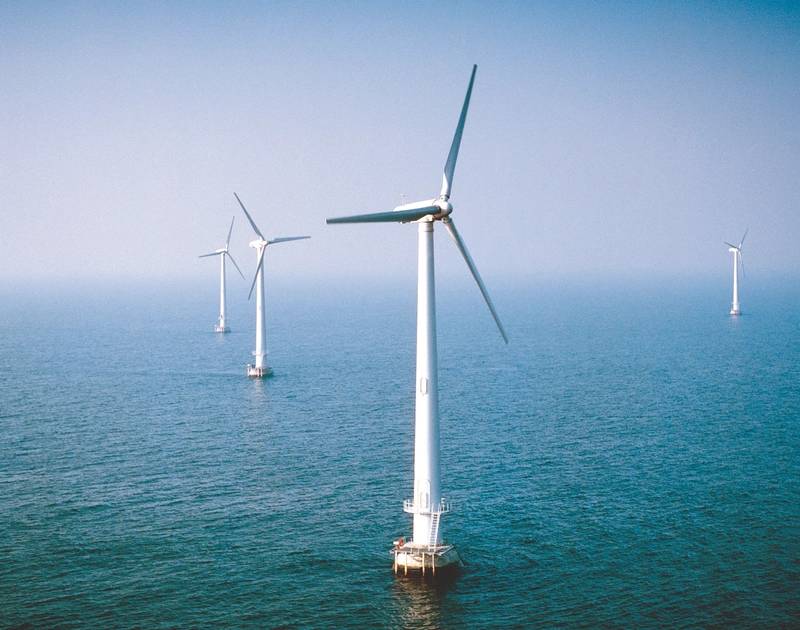 There are also some limitations around how big the industry can go, he says. Today, 15 MW turbines are lined up for projects and 20 MW machines are being discussed. There’s a trade-off between the cost benefits of serial production and cost escalation when bigger devices mean more specialisation and bigger vessels, etc., says Stiesdal. “There is some room for further size increase, but not that much,” he says. “The doubling time in offshore has been around eight years over the last 10 years. That’s a very fast pace and this race for the biggest isn’t good for anybody. That will set some limits to how big turbines will get.”

However, volume wise, “We’ve not done enough and we’re not doing enough,” says Stiesdal, and that’s largely to do the governments of the world choosing not to take the climate issue as seriously as they should have done, he says. "They should take action with the same urgency as they did through the Coronavirus pandemic,” he says. “It’s like the tragedy of the commons. You had common areas around villages that were not tended properly because they were everybody’s and therefore nobody’s. It’s not about research. We know what we need to do. We don’t have a technology challenge, we have an implementation challenge. We have a long tradition of growth. But we need society to assist us with good port facilities. With easy planning, with good infrastructure for turbine delivery and receipt of all the power that we will deliver.”

Stiesdal is targeting that delivery with his Stiesdal Offshore, a division of Stiesdal A/S, which he set up in 2017. It’s targeting floating offshore wind, harnessing the experience Henrik has gained over the past 40 years, not least around mass production. While turbines are now mass produced, with the cost benefits involved in that, foundations are still built using the fabrication methods used in oil and gas and shipping, which aren’t suited to mass production and involve too many man hours and port space to achieve the volume that will be needed, he says. That’s a limiting factor.
“If you look at the biggest shipyards in Europe, they can build 30 maybe 50 floaters in a year. Even with 20MW turbines we might be able to get anywhere from 500 – 1,000 MW out per year from such a shipyard. But there are very few that can do that. That’s why we’ve developed an industrialised approach.” 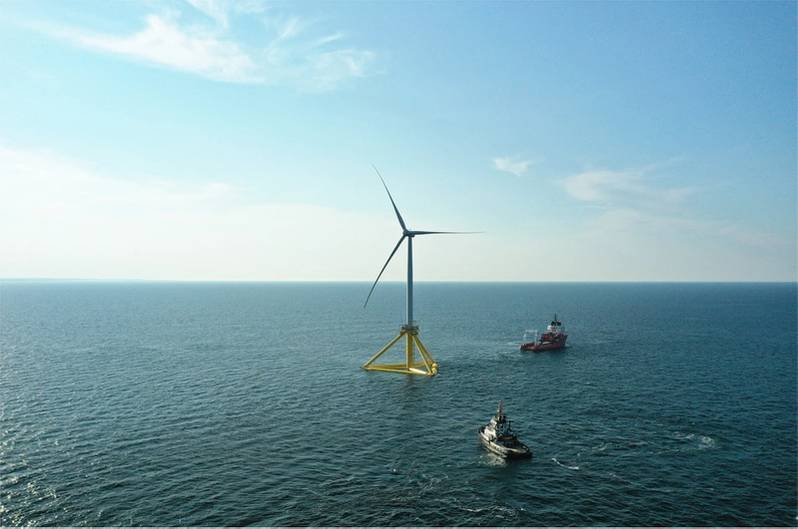 Stiesdal A/S’ TetraSpar was installed late last year and has so far had 59% capacity. Photos from Stiesdal A/S.

Stiesdal’s first floater, the TetraSpar, was installed off Norway late last year with a 3.6 MW Siemens Gamesa turbine. It features a keel that is ballasted offshore, to enable assembly in low-draft ports. A turbine tower manufacturer used to automated mass fabrication of tower sections, Welcon, was used to produce the structure’s tubular braces and tank sections. These were then easy to transport and simply pinned together, Meccano-like, with no welding, at a Danish quayside. Total net assembly time was 2-3 days, compared with typically 2-3 months for welded structures, says Stiesdal. The company says this approach could reduce manufacturing time by 85-90%. The structure was then floated and towed-out to 200 m water depth offshore Norway last year. Since it was commissioned, late November, to the end of April, it’s recorded a 59% capacity factor. Despite a few small niggles, that’s still above the 50% average for offshore wind, says Stiesdal.

However, the next Tetra floater will host a 15 MW turbine and be on a semisubmersible substructure, due to the (undisclosed) shallow water depths it’s been ordered for. For Stiesdal, the topology or design of the substructure isn’t important. “What’s important is that you have a floater that can be manufactured large scale,” he says. With that 80,000 MW/year goal, scale is the target, especially for countries where’s there’s not shallow water acreage to build on, such as California, as well as Japan and Korea, where the shelf is limited. But it will also grow in areas such as the US east coast, as developers move into deeper waters.

Stiesdal thinks turbine manufacturers can keep up with the growth rates targeted. “In Bonus, we grew 40% a year from 1989 to 2001 and that was very demanding. But we did it and there’s not much difference.” He also thinks there’s enough global steel production to meet an annual 80 GW/year build out. Copper could be a challenge for subsea cables, but aluminium could be used and there’s plenty of it, he says.

So there’s a lot to play for. While today’s projects are relatively small pilot scale projects, it looks like it’s not going to be long before this industry gains some momentum. Stiesdal expects floating wind to start getting big in the 2030s, although still not anywhere near volume of bottom fixed. Then, by the 2040s, it could come into its own and maybe even start to nip at fixed bottom volumes. “But predictions about the future are notoriously difficult,” Henrik cautions. Stiesdal’s own growth plan has many projects, with significant numbers of GW to be built before 2030, he says. Watch this space (global governments and planning systems willing!). 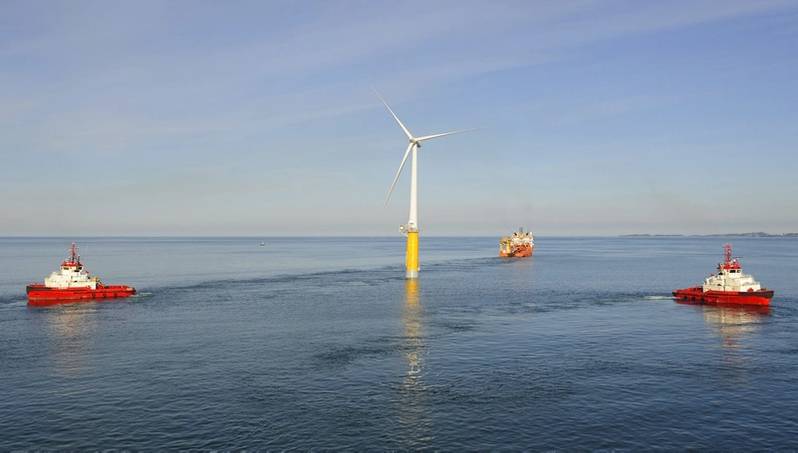 The Hywind Pilot in 2009. Photo from Statoil (Equinor).