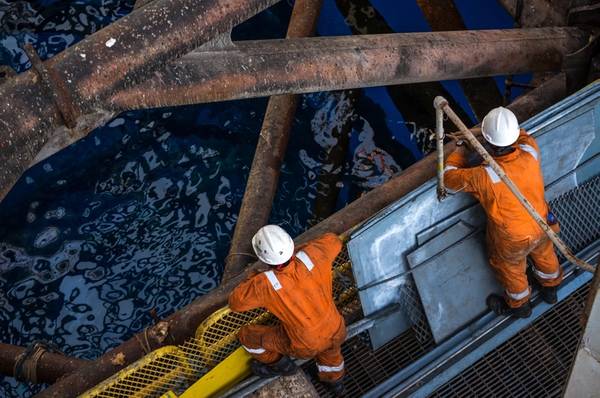 Australia has passed legislation that could set a precedent for who pays to clean up the fossil fuel industry in Asia, making former owners of oil and gas fields responsible for the costs of dismantling facilities if later owners fail.

The new law provides a blueprint for governments tussling with the oil and gas industry over the removal of hundreds of obsolete energy facilities, particularly as the world moves to a lower-carbon economy.

The cost of decommissioning offshore facilities in Australia is expected to run to $40 billion, with half of that in the next 10 years. For Asia-Pacific as a whole the clean-up bill is estimated at $100 billion out to 2050, say consultants Wood Mackenzie.

Australia's legislation steps up scrutiny of asset sales to ensure any new owner has the financial and technical capacity to handle decommissioning. Most controversially, it introduces trailing liability, modeled on the UK's North Sea regime, holding former owners of assets liable for decommissioning if a current owner goes bust.

Selling mature oil and gas fields to niche players with low overheads who can prolong the lives of the fields profitably has been standard practice at aging sites around the world, especially in the North Sea, U.S. Gulf of Mexico, and off Australia.

However, Australia acted after being left to handle the decommissioning, estimated at up to A$1 billion ($725 million), of the Laminaria-Corallina oil fields in the Timor Sea, abandoned by a small company when it collapsed in 2019.

Stricter criteria are expected to deter those kinds of sales in Australia at a time when several oil and gas fields are nearing the end of their lives off southeastern and Western Australia, to the chagrin of the industry.

"If you get everything else right, one would hope you would never find yourself in a position where trailing liability has to be exercised," said Andrew McConville, chief executive of the Australian Petroleum Production and Exploration Association, the industry's main lobby group.

Already, Exxon Mobil Corp and partner BHP Group pulled the sale of assets off southeastern Australia after a warning from government to be careful in choosing buyers. BHP last month agreed instead to merge its petroleum business with Australia's top independent gas producer Woodside Petroleum.

Around Southeast Asia, there are hundreds of platforms nearing the end of their lives, but countries like Indonesia, Malaysia, Thailand, and Vietnam have no overarching decommissioning rules. Companies operate as contractors with production sharing contracts with the state.

Older contracts did not give much consideration to abandonment, and as those contracts have expired or international oil companies have exited, there has been legal uncertainty over who should pay for decommissioning, Wood Mackenzie research director Andrew Harwood said.

In Thailand, Chevron Corp is trying to resolve a dispute which has held up the handover of operations at the Erawan gas field in the Gulf of Thailand to Thailand's PTT Exploration and Production Pcl (PTTEP).

Thailand wants Chevron to pay the full rehabilitation costs of around $2 billion for the Erawan field, including assets it is due to hand over to PTTEP.

"The Gulf of Thailand situation is a challenge," Harwood said. "And it could perhaps delay PTT's efforts to invest in those blocks."

In Malaysia, if a company's operating contract has expired before decommissioning work is done, the work is picked up by state-owned Petronas, exposing it to issues such as currency risk, which can blow out rehabilitation costs.

"Given the trend of the large oil and gas companies exiting the region and the entry of smaller players who are less financially secure ... principles such as trailing liability could be something which the country and Petronas explore in order to mitigate some of these risks," said Fariz Aziz, a partner at Malaysian law firm Skrine.

Indonesia, the most proactive on tackling abandonment issues over the past several years, requires operators to set aside funds for decommissioning.

The country's oil and gas regulator, SKK Migas, said in July it has prepared a decommissioning roadmap for 100 platforms no longer in use, and is considering reusing facilities, including as reefs, to monitor weather or for border security.

WoodMac's Harwood said Southeast Asia will likely see more examples of arbitration when there's a disagreement on who foots the bill, but trailing liability is set to become a feature of new contracts.

"It can be done and we'll definitely see that being included in contracts going forward," he said.