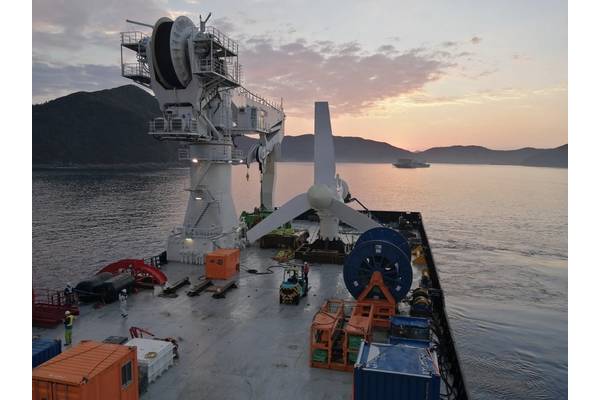 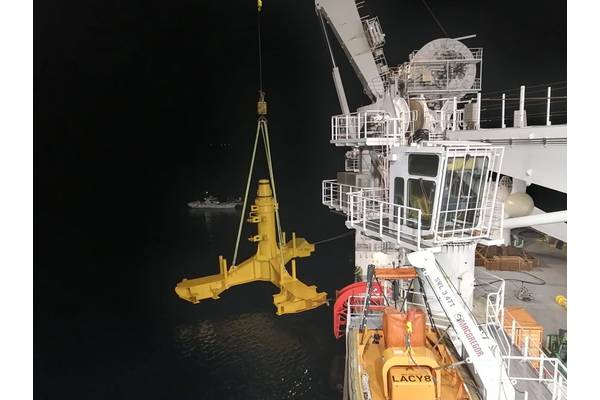 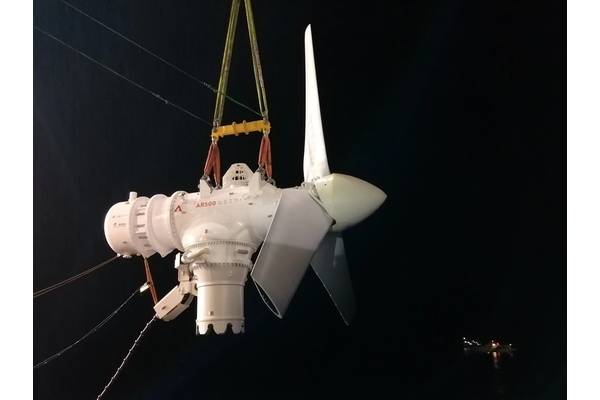 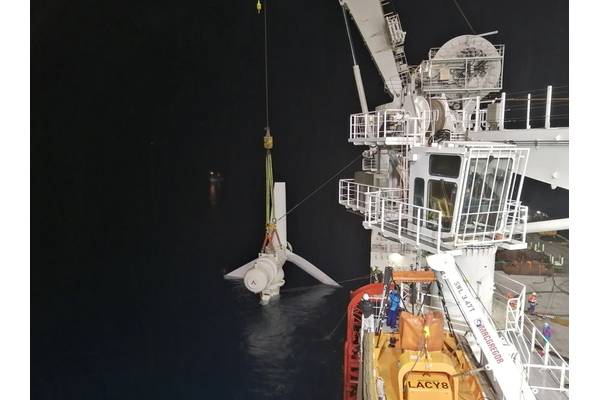 Simec Atlantis Energy (SAE) has informed that its Scottish built tidal turbine and generation equipment have been successfully installed in the Goto Island chain in Japan.

"The tidal turbine clocked its first 10MWh of generation within the first ten days of operation and is now producing clean electricity in Japan," the company said Monday.

The SAE designed and manufactured AR500 tidal turbine was assembled at SAE’s operations and maintenance base at Nigg Energy Park in Scotland.

(The article continues below the video)

Graham Reid, the recently appointed CEO of SAE, said: “We are proud of our team, who worked efficiently and most of all safely during a worldwide pandemic, to bring tidal stream energy to Japan. Throughout the project we have also received great support from our strategic partner, KME, who was supported by a consortium of local and international stakeholders. I would also like to recognize the work of the Scottish Government who continue to support and champion the tidal industry and maximize the benefits to Scotland.

This is a huge milestone for the deployment of clean, renewable energy from tidal stream and we hope it will be the first of many tidal turbines installed in Japan.”

Scotland’s Energy Minister, Paul Wheelhouse, said: "For over 10 years the Scottish Government has championed the development and deployment of marine energy. We have worked extensively to support the research, development, innovation and demonstration that has made Scotland a global leader in both tidal and wave technology, with several World firsts and initiatives having been progressed in Scotland’s waters."

"I would like to congratulate Simec Atlantis Energy on achieving this significant milestone for the company and also for the workers at Nigg Energy Park who built the turbine which is now successfully generating clean, green electricity in Japan.

"Both the company and the team at Nigg have demonstrated the huge potential for Scotland’s marine energy and the key role it will play in decarbonizing our energy both at home and – as demonstrated by this turbine’s successful deployment in Japan – across the World and I look forward to Scotland’s marine energy potential having a further shop window to the international community when delegates gather in Glasgow for COP26, later this year.”