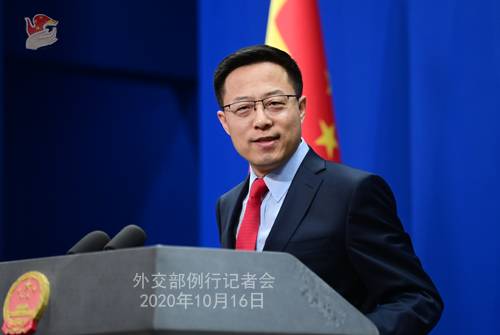 The Philippines energy secretary said on Friday the government's decision to lift a six-year-old moratorium on oil and gas exploration in the South China Sea was a unilateral move, as China said it hoped the nations could work together on projects.

Alfonso Cusi also told a media briefing the move will not affect a memorandum of understanding between the two countries on a possible joint development in the disputed waters.

President Rodrigo Duterte has lifted the moratorium, imposed in 2014 due to a territorial dispute with China, paving the way for three projects to resume and for the energy ministry to award more service contracts.

The lifting comes after Duterte made his strongest defense last month of a 2016 ruling by an international tribunal denying China's claims to the energy-rich waters, telling the U.N. General Assembly "we firmly reject attempts to undermine it".

China hoped it could work together with the Philippines in jointly developing energy projects in the South China Sea, foreign ministry spokesman Zhao Lijian said.

"China and the Philippines have reached consensus on the joint development of oil and gas resources in the South China Sea and have established a cooperation mechanism for relevant consultations," Zhao Lijian told a daily briefing on Friday.

"I hope and believe that the two sides will meet each other halfway, promote joint development, and continue to make positive progress," he said.

Cusi said there was no prohibition on ending the moratorium unilaterally and hoped it could expedite projects and help the Philippines address energy security issues.

He expressed confidence that Philippine companies could proceed without any obstruction from China since "it follows that we can do our activity freely as the country that has economic rights" over the areas involved.

Cusi said three projects could now resume, including one by Forum Energy Ltd, a unit of PXP Energy Corp.

Forum has a 70% interest in Service Contract 72 covering gas exploration in the disputed Reed Bank. PXP has had talks with China National Offshore Oil Corp (CNOOC) about joint exploration and development there.

CNOOC did not immediately respond to a request for comment.

PXP's shares surged by 50% to the highest in eight months.

Cusi said three more project proposals, including one by Udenna Corp, were under evaluation.