PetroVietnam to Invest in Renewables Amid Shrinking Oil Output 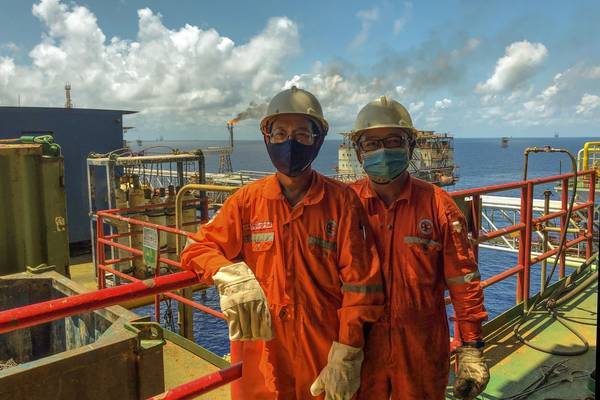 Vietnam's state oil firm PetroVietnam is seeking to venture into renewable energy sources like wind farms and floating solar panels, as domestic crude oil production has peaked at most of its offshore oil fields.

The company, formally known as Vietnam Oil and Gas Group, is targeting 100 megawatts (MW) of renewable capacity by 2025 and 900 MW by 2035, it told Reuters on Wednesday.

Vietnam, one of Asia's fastest-growing economies, will have to battle severe power shortages from 2021 as demand outstrips construction of new power plants.

It has been struggling to maintain its crude oil output as reserves run low, while tension in the South China Sea has affected its offshore exploration and exploitation activities.

Vietnam's crude oil output in the first half of this year fell 13.9% from a year earlier to 4.96 million tonnes, according to the government's General Statistics Office.

"Fossil fuels are shrinking and, therefore, developing renewable energy is inevitable," PetroVietnam said in an email in response to Reuters questions.

PetroVietnam said it would initially build floating solar panels at some of its hydropower dams and install rooftop solar panels at its existing coal-fired power plants.

It will later seek investment from foreign and domestic investors to develop solar and wind farms and waste-to-power plants throughout the country, it added.

According to the Ministry of Industry, the total installed capacity of Vietnam's wind and solar power plants has risen strongly over the recent years to 5,500 MW.

Vietnam said it will more than double its power generation capacity over the next decade to 125-130 gigawatts and raise the proportion of renewable energy to 20% by 2030, from the current of around 10%.