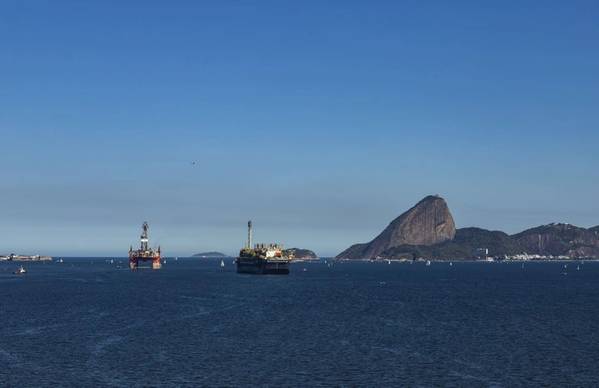 Illustration only; An FPSO in Brazil - Image by Ranimiro - AdobeStock

Malaysian FPSO provider Yinson has signed firm contracts with Petrobras for the delivery and for operation and maintenance of the Marlim 2 FPSO.

The two companies had in October 2019 signed letters of intent for the long-term charter and operation of the FPSO to be deployed at Petrobras’ Marlim field in the Campos Basin.

Yinson has, a couple of days ago, confirmed that its subsidiaries Yinson Production Pte Ltd, Yinson Boronia Production B.V., and Yinson Boronia Serviços de Operação Ltda, on March 23, 2020, entered into the definitive contracts Petrobras for the Marlim 2, under the same terms as stipulated by the letters of intent signed in October 2019.

The date of final acceptance of the FPSO under the contracts is expected in the first quarter of 2023.

"Marlim 2 FPSO is expected to commence operation by the first quarter of 2023 upon achieving final acceptance," Yinson said, adding there was no extension of the term of the charter under the contracts.

As announced in October 2019, the term of the charter is 9,125 days or approximately 25 years from the date of final acceptance of Marlim 2 FPSO.

The estimated aggregate value of the contracts – both for delivery and operations and maintenance - is around $5.4 billion

The FPSO will be installed around 150 km off the Brazilian coast, in a water depth of around 930 meters. The Marlim 2 FPSO will have the capacity to process up 70,000 bpd of oil and 4 million m³/ of natural gas. This will be Yinson's first FPSO in Brazil.

In the wake of the recent crash in oil price and coronavirus challenges, Yinson said its management was cautiously confident in the group's ability to stay resilient through the challenges, "reflected in part by our successful bid in Brazil for the FPSO Marlim 2 project, letter of intent recently secured for the provision of an FPSO in Ghana [with Aker Energy]and the recent successful deployment of FPSO Helang, together with other potential upcoming projects in the pipeline."