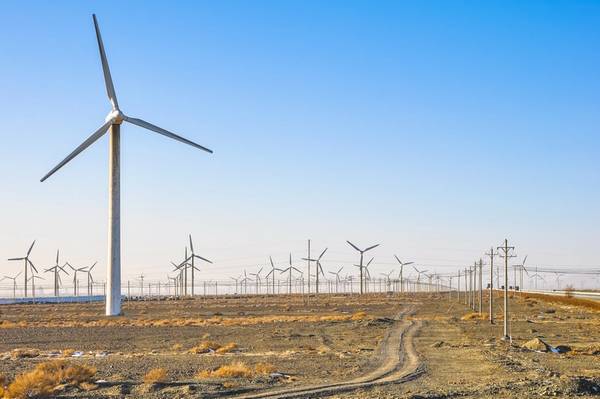 The majority of Asia Pacific’s decarbonization bill will come from the power and transport sectors, as both accounted for over 50% of the region’s carbon emissions last year. This significant shift requires investment and support from all stakeholders especially China and India.

Speaking at the inaugural Wood Mackenzie Energy and Commodity Summit Singapore today, Prakash Sharma, Head of Markets and Transitions in Asia Pacific, said, “In our base case, we forecast the share of zero-carbon energy increasing from 8% in 2018 to 17% in 2040.

“In our accelerated transition scenario case for Asia Pacific, we forecast the share of zero-carbon energy reaching 35% by 2040 with green hydrogen capturing up to 3% in the mix.

“In the mobility sector, the share of electric vehicles increases up to 65% of new sales by 2040 in the scenario case compared to an average 25% in the base case.”

Energy demand in the region is expected to grow 15% from 2019 to 6,800 million tons of oil equivalent in 2040. Currently, net fossil fuel imports account for 25% of the region’s demand. Despite ambitious government targets, national oil and gas companies have been struggling to ramp up oil and gas production.

Wood Mackenzie Asia Pacific Vice Chair, Gavin Thompson, said, “The situation is set to change as the region grapples with severe air pollution and the demands of energy transition. The question is how can Asia Pacific ensure stable energy supply growth and yet be on track on the decarbonization bill?”

“Go electric” is an emerging theme across Asia and electricity is increasingly set to come from solar and wind. This means less direct combustion of fossil fuels and improving energy security and lowering carbon emissions as a result.

The region currently has 540 gigawatts (GW) installed capacity for solar and wind and is expected to add 1,528 GW over the next two decades. This makes Asia Pacific the largest market for new solar and wind installations in the world by 2040, driven by rapidly growing power demand and a strong desire to decarbonize the energy mix and control air pollution.

Wood Mackenzie expects the levelized cost of solar, wind and storage projects to decline more than 3% annually over the next decade thereby further improving its competitiveness compared to the conventional technologies.

Sharma added: “What’s interesting is that renewables can now be used outside the power sector as well. Electrolyser technology is improving to produce green hydrogen using electricity powered by renewables.

“Green hydrogen is a clean energy carrier and can decarbonise ‘difficult sectors’ such as steel, cement, chemicals, heating and heavy-duty trucking. It can also tackle the intermittency of renewables by diverting excess supply during the day to produce hydrogen that can be stored for use in the evening when demand is high.”

Although the current cost of green hydrogen is higher than conventional sources, Wood Makenzie’s recent analysis shows costs could reach parity by 2030 in Australia, Germany and Japan based on $30 per megawatt-hour for renewables. Globally, Wood Mackenzie estimates $365 million has been invested in the sector and over $3.5 of billion worth projects are in the pipeline for commissioning by 2025.

Sharma commented, “While technology is advancing, policy support is still needed to achieve decarbonization goals. There is considerable uncertainty around new investments in hydrocarbons as Asia Pacific is a key demand center and government policies could really shift the energy mix toward renewables and green hydrogen.”

“The energy transition is not something that is happening elsewhere. As the global driver of energy demand, Asia Pacific now needs to embrace the technologies required to deliver sustainable growth,” said Thompson.