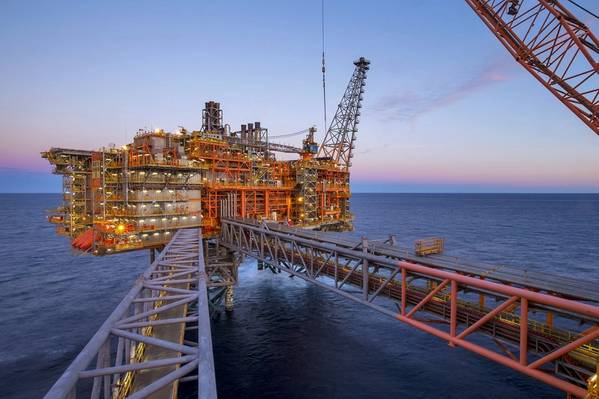 Woodside Petroleum flagged a challenging near-term outlook on Thursday as it grapples to win over its partners to back $34 billion worth of new oil and gas projects amid a souring global environment.

Australia's biggest independent oil and gas producer reported a worse than expected 23% drop in first-half profit, hurt by extended maintenance at its Pluto LNG plant, which took longer than planned.

Its shares fell as much as 7% to a seven-month low, buffeted by a sharp fall in oil prices as well as concerns about weak liquefied natural gas (LNG) prices in an oversupplied market and potential delays on major projects.

"There's a lot of things they've got to align to make it all come together. That's just very challenging," said Andy Forster, senior investment officer at Argo Investments, which owns Woodside shares.

Woodside aims to reach final investment decisions over the next year at an oil project in Senegal and the Scarborough and Browse gas projects off Australia, but is racing to get approvals from its partners in the projects.

Chief Executive Peter Coleman said the company risked losing leases, potential customers and the best contractors if it can't lock down the projects. It is targeting final investment decisions in late 2019 for Senegal and 2020 for Scarborough and Browse.

On the $20.5 billion Browse project, the partners have been bogged down with the owners of the North West Shelf LNG plant on terms for processing Browse gas.

On the $11 billion Scarborough project, Woodside is stuck in talks with its 25% partner BHP Group on how much to charge for processing Scarborough gas through Woodside's Pluto LNG plant.

"It's time for a number of our partners in the joint ventures to move beyond self interest and start to look at the big picture," Coleman told reporters on a conference call.

"There's a prize here that we need to be careful that we don't lose, not simply with access to the resource, but also globally in the market place with cost pressures starting to increase and even more competition coming out," he said.

In Senegal, its small partner FAR Ltd has taken Woodside into arbitration over its 35% stake in the project, which Coleman said was complicating efforts to line up financing for the project. A ruling on the arbitration is due on Dec. 28.

Woodside faces deadlines for retaining the Senegal lease on Dec. 4 and leases for Scarborough and Browse in 2020.

"We don't think the market has priced in the extent to which a soft LNG market will affect earnings from price reviews and valuations for growth projects," Citi analyst James Byrne said in a note.

Looking to shore up its balance sheet to fund new projects, Woodside on Thursday gave shareholders the option of receiving new shares instead of a dividend and cut its forecast investment spending for 2019 by 9% to between $1.45 billion and $1.55 billion.

Coleman said the dividend move was "a sign that the executive and the board are confident that we'll be moving forward with our growth projects in the timeframe that we've outlined."