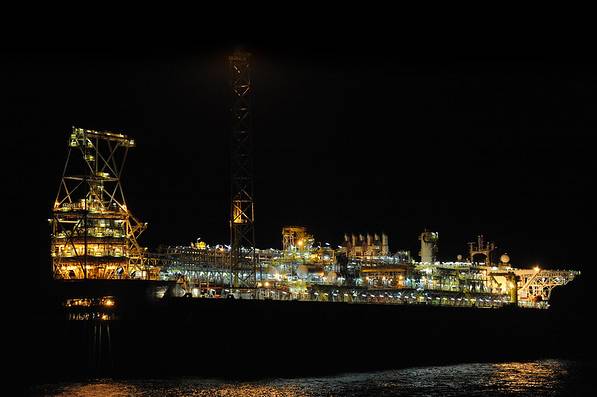 France's Total SA said on Sunday it has agreed with Occidental Petroleum Corp to acquire the African assets of Anadarko Petroleum Corp for $8.8 billion, should the two U.S. oil and gas companies clinch a deal to combine.

The agreement with Total is the latest move by Occidental in its effort to convince Anadarko to accept a $38 billion cash-and stock acquisition offer and abandon its agreed $33 billion sale to Chevron Corp. On Tuesday, Occidental secured a $10 billion investment from Warren Buffet's Berkshire Hathaway Inc in support of its bid for Anadarko.

The bidding war for Anadarko underscores the value of its assets in the lucrative Permian Basin of West Texas and New Mexico. The vast shale field holds oil and gas deposits that can produce supplies for decades using low-cost drilling techniques.

If Occidental's bid for Anadarko succeeds, Total has agreed to purchase Anadarko's properties in Algeria, Ghana, Mozambique and South Africa.

Among the assets to be sold to Total are a 26.5 percent interest in a Mozambique liquefied natural gas project, which is moving closer to a final investment decision, and stakes in two offshore fields in Ghana.

The sale to Total would account for the majority of the between $10 billion and $15 billion of divestments Occidental said it would seek to fund the proposed Anadarko acquisition, while easing the amount of integration work, Occidental said.

Total's previously outlined plan to increase its dividend by 10 percent and buy back 5 million shares by the end of 2020 will not be impacted by the deal, the company added.

On Monday, Anadarko said that it would engage in negotiations with Occidental to decide whether its offer is superior to the deal with Chevron. If the bid is declared superior, Chevron will be given four days to match Occidental's offer, according to the terms of the contract between Chevron and Anadarko.

Should Anadarko abandon Chevron for Occidental, it will have to pay Chevron a $1 billion deal breakup fee.