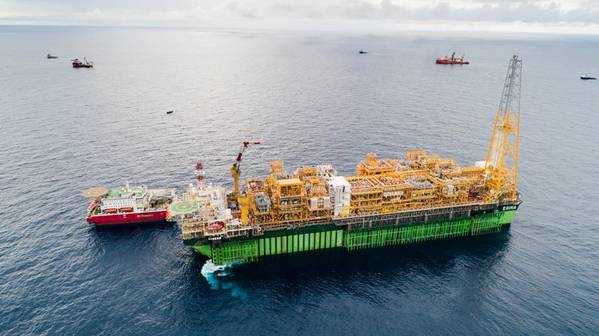 This month, Total started production at the Egina oilfield off the coast of Nigeria. (Photo: Total)

French oil group Total will approve plans to proceed with the Ikike project in Nigeria in the coming months, and also aims to expand its liquefied natural gas (LNG) project in the country, CEO Patrick Pouyanne said on Monday.

Total is one of the strongest players in the African oil sector, holding more proven reserves on the continent than any of the other top global oil companies.

The 60,000 barrels-per-day (bpd) Ikike project is one of several projects the group has earmarked in Nigeria for a final investment decision, including the 70,000 bpd deepwater Preowei project, which would help Total increase its oil production.

"There is a huge potential in Nigeria, it is probably the most prolific country in west Africa in terms of oil and gas and it is time to launch new projects and we are working on many of them," Pouyanne told journalists.

He was speaking on the sidelines of a meeting of Nigerian and French businesses in Paris.

This month, Total started production at the Egina oilfield off the coast of Nigeria.

"On the same area as Egina, we have Preowei, which could be connected to Egina, We are working on that," Pouyanne said.

Total also planned to expand its Nigerian LNG project this year, he said.

"The market is very good today to do that, it is a very interesting project and the partners are in line to develop it... 2019 should be the year of expanding Nigeria LNG," he added.

Pouyanne called on Nigeria to issue new exploration licences, saying the country's oil and gas sector had been dormant in recent years in terms of exploration and new projects due to uncertainties and the ongoing discussions over Nigeria's oil industry regulation.

Nigerians will vote on Feb. 16 in a presidential election with incumbent President Muhammadu Buhari seeking a second term.

Total is also developing Uganda's first oilfield with China's CNOOC and Pouyanne said the company would make a final investment decision this year on whether to start production. Uganda has said it expects to start producing oil in 2021.

Pouyanne said he recently told Ugandan President Yoweri Museveni that Total would also be willing to take a stake in a refinery to process crude from the field which is due to be built and operational by 2023.

Uganda signed a deal with a consortium, including a subsidiary of General Electric, to build and operate a 60,000 barrel per day refinery that will cost $3 billion-$4 billion.