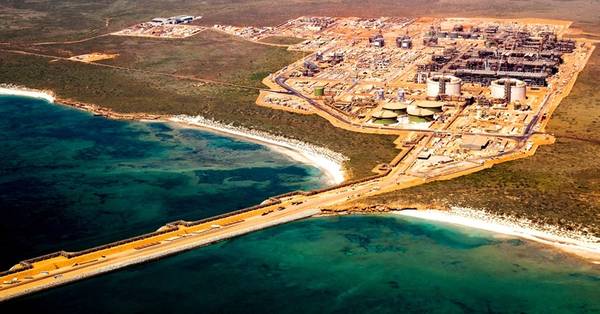 The cause of the halt is being investigated, he said.

"There is no interruption to trains 1 and 2 and we continue to produce LNG and load cargoes," he said.

The outage is expected to boost Asian LNG prices that are currently at an eight-month low and their weakest for this time of year in at least two years due to a mild winter in East Asia, industry sources said.

"It should lend some support to prices," a Singapore-based LNG trader said.

The mechanical issue is likely due to a heat wave sweeping across Australia, industry sources said, though this could not be confirmed with Chevron.

Higher than usual temperatures have the potential to affect the cooling processes of an LNG plant.

The past four days are all among Australia's top 10 warmest days on record, according to the country's Bureau of Meteorology in a tweet on Wednesday.

Only one cargo loaded this week, with another currently loading from the Gorgon project at Barrow Island off Western Australia, compared with three last week and five the week before, shipping data from Refinitiv Eikon showed.

The three-train Gorgon project, one of the world's largest natural gas projects, can produce 15.6 million tonnes of LNG annually from its three trains, according to Chevron's website.

Chevron is the Gorgon project operator, with its Australian subsidiary holding a controlling 47.3 percent. Exxon Mobil Corp and Royal Dutch Shell each have a 25 percent share, and the rest is held by Japan's Osaka Gas, Tokyo Gas and JERA.