​​​​Cambodia to Boost Clean Energy Use 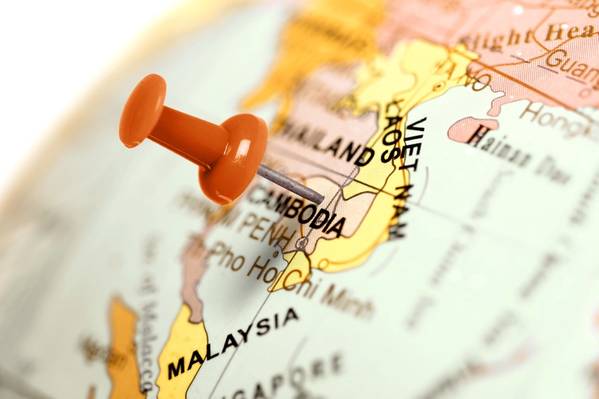 Cambodia will push ahead with plans to use hydropower and coal to electrify the entire country by 2020, but solar energy will play some role, especially in remote areas, an energy ministry official said on Wednesday.

The Southeast Asian nation has electrified rapidly since 2000, when only 16 percent of the population had access to power, according to the World Bank.

Today, 87 percent of villages and 73 percent of households are connected to the grid, said Victor Jona, a spokesman for the department of energy at the Ministry of Mines and Energy.

Hydropower accounts for 40 percent of the mix, while coal makes up 36 percent, with more plants being built, he said.

Power imports from neighboring countries contribute almost the entire remainder, with renewables such as solar accounting for less than 1 percent, he said.

But Jona said the government has plans to develop more clean energy, especially in hard-to-reach communities.

"We hope that solar home systems will do the role for the very remote areas, in case the grid cannot expand to them," he said on the sidelines of a clean energy conference in the capital, Phnom Penh.

Some larger-scale solar is also being added to the mix. Jona said construction of a 60 megawatt solar plant in Kampong Speu province, west of the capital, is scheduled to be completed by the end of 2019.

A 10MW solar plant came online this year, he said.

But hydropower and coal are still projected to make up 80 percent of Cambodia's energy needs once the country achieves full electrification, Jona said.

Coal-fired plants are under construction, and will contribute another 150MW by next year, he said.

Bridget McIntosh, the Cambodia director for Energy Lab, which works to promote clean electricity, said the the country should consider adding more renewable energy to its mix, especially as the cost of solar power falls.

"It takes five years to build a coal-fired station or a dam, and in those five years, the cost of solar will continue to decline," she told the Thomson Reuters Foundation.

"So it makes more sense to now connect solar to the grid" to meet the country's electrification goals, she said.

Cambodia has committed to a 27 percent reduction in its climate-changing emissions by 2030, 16 percent of which will be achieved by promoting clean and more efficient energy.

However, to scale up solar and other power, Cambodia must create a more welcoming regulatory environment for investment in it, said Pheakdey Heng, a founder of the Enrich Institute, a Phnom Penh-based think tank.

That might include everything from providing greater transparency in issuing and revoking energy licenses to removing barriers to adopting solar energy, adopting energy efficiency standards and providing tax incentives for clean energy use, he said.

Cambodia's electrification so far has been largely driven by dams, and more are under consideration, including a controversial Sambor dam across the Mekong River, which is still in the "preliminary study" stage, according to Jona.

But the benefits of dams have been highly overestimated, according to a study published this week by scientists from Michigan State University.

Dams, the study said, often uproot people from their homes and damage biodiversity, while also releasing "large amounts" of climate-changing gases from rotting vegetation when water is released through spillways or passes through turbines.