US Downplays Impact on LNG Exports from China Trade Spat 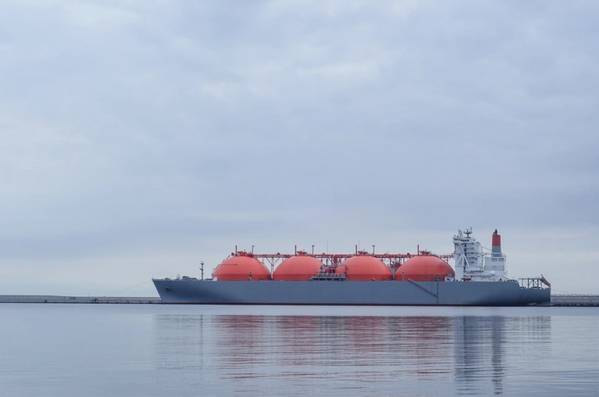 Growing demand from other countries for U.S. liquefied natural gas (LNG) means that the United States is not concerned about a decline in exports to China amid the trade dispute between the countries, a U.S. government official said on Monday.

U.S. Department of Energy Deputy Secretary Dan Brouillette downplayed China's lower imports of American LNG and other energy products following the imposition of tariffs on imports by both sides.

"I am not quite sure if it is going to have any impacts at least in the near term," he told reporters in Tokyo at a media briefing held by the U.S. embassy.

"World demand for LNG is so high as India comes on line, as Europe begins to diversify its energy sources and as Japan and other Asian nations continue economic growth," he said.

The volume of U.S. LNG that has arrived in China has declined to 145,000 tonnes in September, down from 355,000 tonnes in May and 450,000 tonnes in January at the height of the Northern Hemisphere winter when gas demand peaks, according to data on Refinitv Eikon.

But Brouillette, who was visiting Japan to attend the annual LNG Producer-Consumer Conference in Nagoya, shrugged off the weaker demand by saying: "It's relatively small number."

China last month imposed a 10 percent tariff on LNG from the United States as part of the overall trade war between the countries.

However, Brouillette highlighted the interest in U.S. energy supplies from other countries.

"The opportunity for the U.S. LNG is just enormous, so I just don't see much of the impact," he said, adding the U.S. is getting inquiries from around the world, particularly areas like Japan and other parts of Asia.

U.S. LNG offers attractive opportunities to buyers in Japan and other nations, he added, as the contract has no destination restrictions, or clauses that mandate where a cargo can be delivered and limit buyers from reselling excess gas.