LNG Shipping Rates Spike With no Respite Seen Through 2019 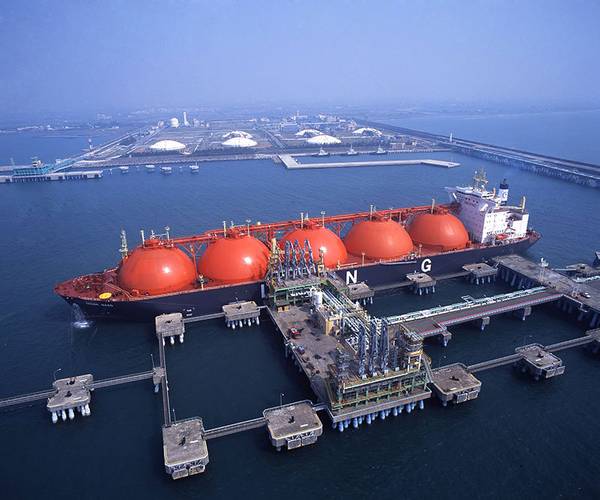 The price of shipping liquefied natural gas (LNG) has spiked in September and is likely to remain high next year, buoyed by rising production from new plants and concerns that demand for LNG vessels will outpace supply.

Rates, which broadly hovered around $30,000 to $40,000 a day from 2015 to 2017, have risen due to longer distances covered to transport LNG from new terminals in the United States and Arctic Russia, surging demand in China and a limited number of ships.

Rates have hit "the highest levels since the last bull market of 2012 ... elevating the starting point for another anticipated winter market rally and the next cyclical upturn," said Jonathan Chappell, analyst with Evercore ISI.

Shipping firms see little sign of them slipping soon, predicting high rates for 2019 or longer, during their earnings calls this month.

Hoegh LNG Chief Executive Sveinung Stohle told investors and analysts he expected rates to "increase on the levels where they are, certainly, for the next two to three years".

Strong LNG demand has helped drive the shipping rate rise. Japanese and South Korean utilities having been stocking up on LNG for winter, driving prices to a seasonal four-year high. Demand was stronger than usual after a summer heatwave meant reserves were drawn down to power extra air-conditioning.

Despite this week's pause, Asian buyers are expected to return as the northern hemisphere winter sets in.

This increasing demand for LNG has compounded already rising shipping rates, partly driven by the ramping up of exports at Novatek's Yamal LNG terminal and at U.S. LNG terminals.

Deliveries of LNG from the Northern Russian Yamal facilities have created extra demand on ships because Arctic-class vessels lifting cargoes transfer the LNG to conventional carriers in Europe for onward journeys.

Deliveries from U.S. terminals to Asia pass through the Panama Canal, taking longer than cargoes from second largest producer in the world, Australia.

Wood Mackenzie estimates it takes 1.9 ships to carry 1 million tonnes per annum (mtpa) of LNG from the U.S. Gulf to Japan compared to 0.7 ships from Australia.

These factors have prompted many shippers to book ships on multi-month or multi-year charters, locking in rates before they rise but cutting the availability of vessels for others.

Underpinning the rates is a worry there may not be enough ships in coming years to match rising output, including from U.S. terminals, which are expected to add 84 mtpa by 2023, turning the country into the world's second largest exporter.

Iain Ross, the chief executive of LNG shipping company Golar LNG, said this month the forecast of a 23 percent rise in LNG production over two years would require 100 extra vessels. But only 66 were scheduled to be delivered in time, he said.

"It's no longer possible to go out today and order a vessel for delivery before 2021," he said. "It seems to us (there is) a structural change in the sector that will (be) driving demand."

But Wood Mackenzie said shipping firms should be wary of ordering too many more vessels now because of the potential for a glut of LNG at some point between 2020 and 2025, as new projects coming onstream may find there are not enough buyers.

"If (ship) ordering activity continues at recent levels there is a high danger that it will be too much too soon," said Andrew Buckland, Wood Mackenzie's LNG and shipping analyst.

By Sabina Zawadzki and Jessica Jaganathan