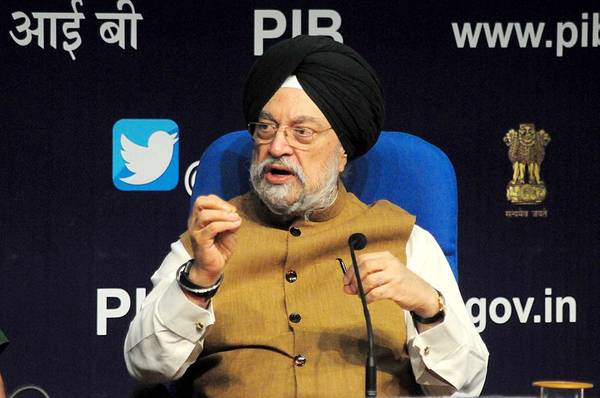 India maintains a "healthy dialogue" with Russia and will look at what is offered following an announced ownership revamp to the Sakhalin-1 oil and gas project, Petroleum Minister Hardeep Singh Puri told Reuters.

Russia last week issued a decree allowing it to seize Exxon Mobil's 30% stake and gave a Russian state-run company the authority to decide whether foreign shareholders including India's ONGC Videsh can retain their participation in the project.

"We’ll look at what is the state of play and what’s on offer," Petroleum Minister Hardeep Singh Puri told Reuters in an interview on Monday following meetings with U.S. oil executives in Houston.

"At the end of the day, consumers start playing a role when situations like this evolve,” he said referring to global energy balance and the "unintended consequences" of the OPEC+ decision. Too high oil prices could exacerbate inflation and tip the global economy in recession, reducing oil demand, he added.

On the proposed European Union price cap on Russian oil purchases, he suggested it is not yet firm. “If the Europeans come with a plan, let’s see how it evolves," he said.

"At no stage have we ever been told not to buy Russian oil," he said, referring to talks with officials on global energy supplies.

In Houston, he met executives from Exxon Mobil, oilfield service provider Baker Hughes, and with liquefied natural gas producers after launching a bidding round for offshore oil and gas exploration areas.

"For getting to green energy, you have to survive the present," he said.

There are also discussions underway with Guyana, Brazil and Colombia for joint investment and extra supplies of crude for Indian refiners, he said.