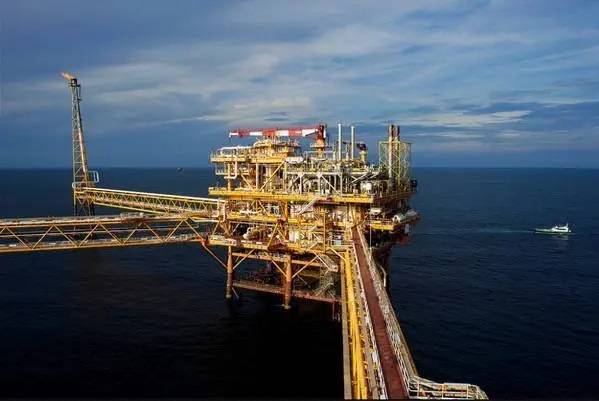 French oil major TotalEnergies on Wednesday confirmed its definite withdrawal from Myanmar and repeated its condemnation of the abuses and human rights violations in the country.

To remind, Total said earlier this year it would officially exit Myanmar oil and gas business in July, after the company first announced its plans to leave the country over worsening humanitarian conditions after last year's military coup. The company confirmed that its operations would be taken over by Thai PTTEP.

"On January 21, 2022, TotalEnergies announced its decision to withdraw from the Yadana field and from gas transportation company MGTC in Myanmar, both as shareholder and as operator.

In a context of continuing deterioration of the human rights situation in Myanmar, this decision resulted from the assessment that TotalEnergies was no longer able to make a sufficiently positive contribution in the country, and was not able to meet the expectations of stakeholders who were asking to stop the revenues going to the Burmese state through the state-owned company MOGE from the Yadana field production.

In accordance with the contractual 6-month notice period, this withdrawal becomes effective on this 20 July 2022. This withdrawal was made in compliance with the European sanctions put in place in February 2022," TotalEnergies said Wednesday.

"Since January 2022, TotalEnergies has continued to act as a responsible operator and has undertaken due diligence to ensure its withdrawal in a responsible manner towards its stakeholders in Myanmar, including its employees as well as the long-standing supported local communities. As such, TotalEnergies worked closely with PTTEP, Thailand's national company, which was appointed as the new operator by the project partners, to guarantee the continuity and safety of production at the Yadana gas field while ensuring an orderly transfer of operations," the company added.

"All our employees in Myanmar were offered employment with the new operator, under the same job and salary conditions, thus securing their professional future. In addition, a complementary support agreement, through a contribution to a dedicated fund, was also set up between TotalEnergies and PTTEP to continue the historic economic development program with local communities in the MGTC pipeline area," the French company said.

"As TotalEnergies definitively withdraws from Myanmar, our company repeats its condemnation of the abuses and human rights violations taking place in this country and reaffirms its support to the people of Myanmar and its hope for a swift return to peace and rule of law," TotalEnergies ended.

Responding to the news of TotalEnergies' withdrawal from Myanmar, Human Rights Watch said: "Myanmar’s abusive junta will obtain an increased stake in the country’s largest oil and gas field when the French company TotalEnergies withdraws from Myanmar on July 20, 2022. TotalEnergies’ shares will be divided proportionally among the remaining three partners – US-based Chevron, Thai-based PTTEP, and the junta-controlled Myanmar Oil and Gas Enterprise (MOGE)."

"Total’s transfer of ownership shares to a military-controlled company will further enrich the junta at the expense of human rights,” said Bénédicte Jeannerod, France director at Human Rights Watch. “Other energy companies looking to exit should make sure they do so responsibly, without contributing to the junta’s coffers.”

"Since the February 1, 2021 coup in Myanmar, the junta has imposed a brutal nationwide crackdown on all opposition. The junta’s widespread and systematic abuses, including mass killings, torture, arbitrary arrests, and indiscriminate attacks on civilians, amount to crimes against humanity and war crimes. Security forces have killed over 2,000 people and arbitrarily arrested over 14,000," HRW said.

"Natural gas projects in Myanmar generate over US$1 billion in foreign revenue for the junta annually, its single largest source of foreign currency revenue. The money is transmitted in US dollars to MOGE and other military-controlled bank accounts in foreign countries in the form of fees, taxes, royalties, and revenues from the export of natural gas, most of which travels by pipeline to Thailand or China," HRW said.

"When companies exit from Myanmar, they should place their existing shares or property rights into trust or escrow, including shares of exploration or development projects, production, or pipeline transportation ventures, to ensure the revenues from those shares do not benefit the military. If exiting companies determine that they must sell or transfer their shares to another business entity, they should ensure that those entities will respect international sanctions and follow international standards on business and human rights," HRW said.

"Adopting these measures would be consistent with companies’ responsibilities under the United Nations Guiding Principles on Business and Human Rights, which state that “appropriate action” in cases in which business activities are enabling rights abuses includes consideration of “whether terminating the relationship with the entity itself would have adverse human rights consequences," HRW added.