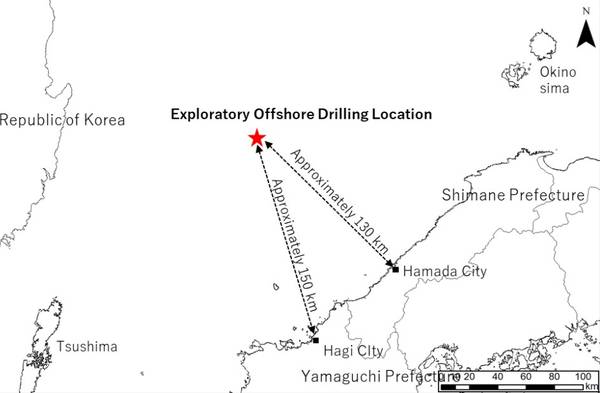 The company said that the drilling had started offshore Shimane and Yamaguchi prefectures in Japan on May 5, 2022.

"In the future, INPEX plans to carry out a detailed analysis and evaluation of the data obtained from the Project and determine the extent of oil and natural gas deposits at the drilling location," Inpexd said.

The drilling operation, in a water depth of around 240 meters, is expected to last until August.

Inpex did not say which drilling rig it was using for the operation. According to available information and AIS data, it is possible that the rig in question in Japan Drilling Company's Hakuryu 5 semi-submersible drilling unit.

Offshore Engineer has reached out to Inpex seeking information on the pre-drill estimate for the prospect being drilled, and the confirmation that the rig being used is indeed the Hakuryu 5. We will update the article with any feedback we may receive.