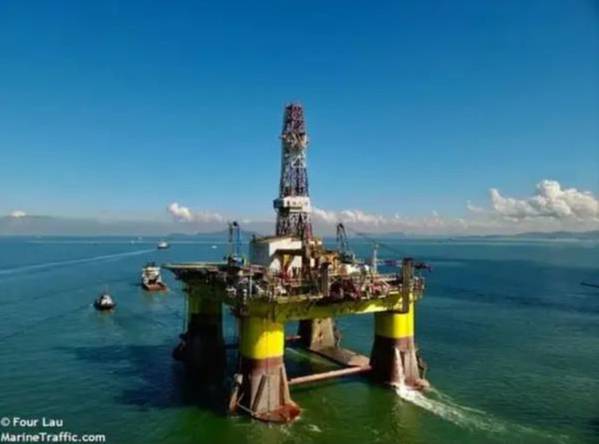 Oil and gas company Empyrean Energy plans to drill another well in its Block 29/11 offshore China, despite the disappointing result from the Jade well announced last week.

Empyrean drilled the Jade well, which it had described as a 'world-class' prospect, only for the well to turn out dry. COSL-owned NH9 semi-submersible drilling rig was used for the operation.

The oil and gas company had previously said that the drilling of the second well in the block at the Topaz project, would depend on any potential success at the Jade prospect. However, after analyzing the Jade results, the company now seems set to drill the Topaz prospect.

Also, cooperation between CNOOC and Empyrean showed there is a potential migration pathway from the CNOOC LH16-2 discovery well spilling on to the Topaz prospect.

"Following the Jade well results, Empyrean has held several technical meetings, including with the CNOOC technical team in China, to
review the well results and its implications for Block 29/11 prospectivity and, in particular, the pros and cons of the well results for the much larger Topaz prospect. In this regard, CNOOC has already been very cooperative in sharing its regional data and assisting by passing on a greater technical understanding of the basin," the company said.

Drilling in 2023 Subject to Funding Availability. Farm-out Considered, too

"Based upon these preliminary assessments of the Jade well results and the ongoing agreement with CNOOC to further cooperate with regards to follow up post well analysis, it is Empyrean's current intention to proceed with the second phase of exploration at Block 29/11 and to participate in the drilling of the Topaz prospect, subject to availability of financing," Empyrean added.

"Empyrean is currently considering its alternatives to funding the Topaz prospect drill and is preparing a work program that it believes can see the Topaz well drilled within the next drilling weather window in the Pearl River Mouth Basin in 1H 2023. Topaz is a slightly shallower target depth.

Gaffney Cline has previously independently assessed a target in place oil estimate of 506 mmbbls (Mean case) of oil and an upside of 891 mmbbls (P10 case) with a 30% Geological Chance of Success ("GCoS") for the Topaz prospect.

"Given the very large target size at Topaz, Empyrean will also investigate potential risk share alternatives and farm out possibilities," the company said.

Empyrean CEO, Tom Kelly, said: "Whilst we are extremely disappointed with the results of the Jade well, we have made significant investment of resources and time in systematically maturing the prospectivity of this large block. Empyrean's early assessment is that the much larger Topaz prospect remains a world-class conventional light oil target that, based on existing understanding of available data, will be drilled.

"Over the past 6 years, Empyrean has built a deep and strong relationship with CNOOC and has found an experienced team in CNOOC EnerTech that, together, has proven to be able to execute a safe drilling campaign in an offshore environment. The COSL team has been extremely professional and effective in managing various aspects of the drilling operations including a Covid-safe campaign. I would like to thank our partner and consultant teams for their support and we now look forward to their ongoing assistance with the proposed drilling of the Topaz prospect."