Arathy Somasekhar and Sonali Paul May 4, 2022 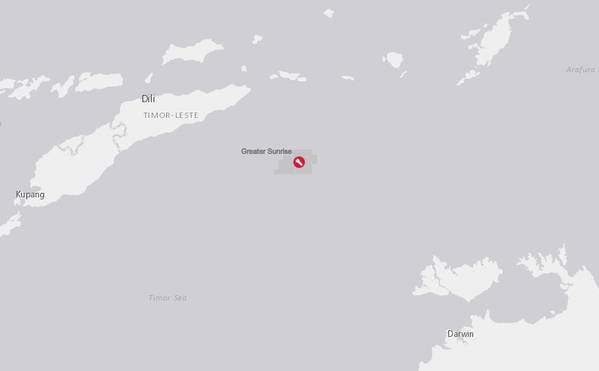 East Timor's national oil company wants to start producing natural gas from its Greater Sunrise fields by 2028 or 2030, the company's head said on Tuesday in Houston, hoping to develop the offshore project that has been stuck in limbo for decades.

East Timor, Asia's youngest nation, is pushing for rapid development of Greater Sunrise as the main driver of its economy, the Bayu Undan oil and gas field, is reaching maturity and will stop producing by 2023.

State company Timor Gap expects to finalize a legal framework and production sharing contract (PSC) for Greater Sunrise this year, and then move on to a second phase of development, Chief Executive Antonio Loiola de Sousa said on the sidelines of the Offshore Technology Conference.

"For the Sunrise, I think we have very good opportunity especially at this time of crisis," Loiola de Sousa said, referring to Russia's invasion of Ukraine.

The Ukraine crisis - Moscow calls its actions there a "special operation" - has put a spotlight on the security of energy supply, which has given new impetus to liquefied natural gas (LNG) projects globally.

"Bayu Undan we understand is going to be depleted in this calendar year. And I think the Timor Leste government is feeling the financial pressure associated with that loss of revenue stream," Woodside Chief Executive Meg O'Neill said at the Macquarie Australia Conference in Sydney, when asked about the timeframe outlined by her Timor Gap counterpart.

The joint venture partners are working with the Timorese and Australian governments on a production sharing contract, she said, "but it is taking a bit of time for all the parties to understand the optimum way forward."

The project partners still need to agree on a development concept, she said.

Development of Greater Sunrise, first discovered in 1974, has been held up by a now-resolved maritime border dispute between East Timor and Australia, and by disagreement with operator Woodside Petroleum on whether to pipe gas to East Timor or Australia to produce LNG for export.

"Look, it's a nice gas field, it's a nice asset. I think it would be really valuable for Timor Leste as a nation to be developed, but we've got a lot of hard work ahead of us," O'Neill said.

(Reporting by Arathy Somasekhar in Houston and Sonali Paul in Melbourne; Editing by Tom Hogue)