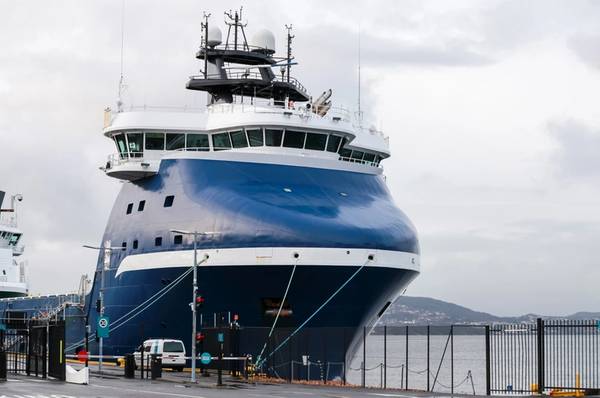 "SPO’s fleet of 50 OSVs consists of 29 AHTS vessels and 21 PSVs; pro forma for the transaction, Tidewater will own a fleet of 174 OSVs, bringing Tidewater’s total fleet size to 203 vessels, including crew boats, tug boats and maintenance vessels," Tidewater said.

The combined businesses will operate under the Tidewater brand and will continue to be led by Tidewater CEO Quintin Kneen.

Tidewater said that it had identified significant cost synergies of around $45 million of annual run-rate cost synergies that will be targeted post-completion of the transaction.

"Tidewater will retain the strongest balance sheet in the industry, with approximately $110 million of cash on hand, full access to our existing undrawn $25 million revolving credit facility and financial flexibility under existing indentures," the company said.

Quintin Kneen, Tidewater’s President and Chief Executive Officer, said, “The acquisition of Swire Pacific Offshore marks another important milestone in the strengthening of Tidewater’s leadership position as we capitalize on the recovery in the OSV industry.

"I am excited to have acquired a high-quality fleet with a strong reputation in the maritime sector globally. I believe that the timing of this acquisition will allow Tidewater to capitalize on the continued improvement in the offshore supply vessel market, providing Tidewater with significant additional earnings and free cash flow generation potential as utilization and day rates continue to improve. All 50 acquired vessels are currently active and working throughout the world, allowing Tidewater to immediately leverage this new asset base."

“We see a great deal of industrial synergies in acquiring this fleet and believe we will be able to rapidly integrate these vessels into the existing Tidewater shore base support infrastructure. Further, we believe that we will be able to realize significant synergies at both the G&A and operating expense level of approximately $45 million, from the current run rates, within 24 months from the close of the transaction."

Kneen said, “The acquired fleet is primarily split among West Africa and Southeast Asia and Middle East. The addition of 25 OSVs in West Africa will nearly double Tidewater’s presence in the rapidly growing region, positioning it as the largest operator of active vessels in the region. Similarly, the addition of the SPO fleet in Southeast Asia and the Middle East positions Tidewater as the largest operator of active vessels across the entire region. The expansion of the Southeast Asia region, with 19 vessels currently operating, provides us with an opportunity to meaningfully participate in the oil and gas vessel market in the near-term and provides a platform with which to pursue offshore wind development expected to advance in the region.

Kneen added, “Following the financing transactions executed during the fourth quarter of 2021, the buyout of our joint venture partner in Angola, and now the SPO acquisition, we have executed a series of steps that have positioned Tidewater as the world’s leading OSV operator with the cleanest balance sheet in the industry. With our strong financial position, substantial available liquidity, experienced management team and efficient global operations, we are well-positioned to drive utilization and day rates with an expanded fleet of vessels, drive earnings and cash flow generation and pursue opportunities for additional strategic value accretive acquisitions.”

Under the terms of the transaction, Tidewater said it would issue 8,100,000 Jones Act warrants, each of which will be initially exercisable for one share of Tidewater common stock at $0.001 per share, plus a cash payment of $42 million.

"As of the date hereof, the warrants to be issued in the Transaction would represent, upon exercise, approximately 15.6% of all of Tidewater’s outstanding shares of common stock and existing warrants. The Jones Act warrants to be issued in the Transaction are non-voting, are not entitled to receive any dividends or other distributions, and are otherwise structured to comply with the foreign ownership limitations on the beneficial ownership of Tidewater’s common stock contained in the Merchant Marine Act of 1920, as amended," the company said.

The transaction was unanimously approved by Tidewater’s Board of Directors and is expected to close in the second quarter of 2022.