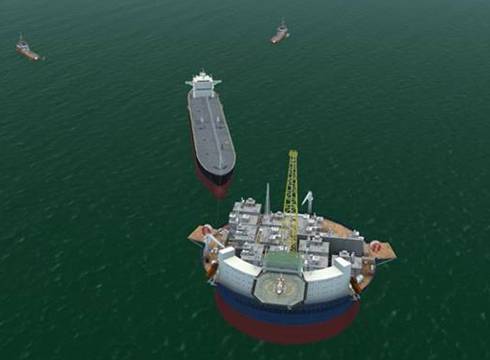 MacGregor, part of Cargotec, has won a contract to supply two FPSO offloading systems for the Liuhua 11-1/4-1 redevelopment project located in the east part of the South China Sea.

The contract has been awarded following the successful cooperation and delivery of the mooring system and riser pull-in system for CNOOC’s Lingshui 17-2 project. The offloading systems are planned to be delivered to Offshore Oil Engineering’s construction site located in Qingdao, China in January 2023.

This is China’s first 60,000T cylindrical FPSO, and MacGregor’s offloading systems will play a critical role in ensuring the safe and efficient discharge of oil from the FPSO to a shuttle tanker, MacGregor said.

The offloading systems will be customized to store either a 16-inch catenary hose or a 16-inch floating hose that allows the operator flexibility with shuttle tanker selection. The rated oil flow is up to 3600 m3/h for each offloading system. The two sets of offloading systems share a common hydraulic power unit, with this redundant solution providing high-efficiency operation, the company said. MacGregor did not share details on the value of the order.

“During the past two years we have delivered the 16-point mooring system, the north and south modular riser pull-in system for the CNOOC Lingshui 17-2 project in the western part of South China Sea. Despite unprecedented challenges and difficulties caused by the Covid situation, our teams from China, Singapore and Norway worked together to achieve delivery punctuality and continuous responsive service, which was highly recognized by the CNOOC project team,” says Tor Eide, Vice President, Offshore Energy Solutions, MacGregor.

“Based on the trust gained and many years of excellent cooperation, we are proud to again have the opportunity to support CNOOC's gas field development and make our contribution to the Liuhua 11-1/4-1 project,” adds Eide.