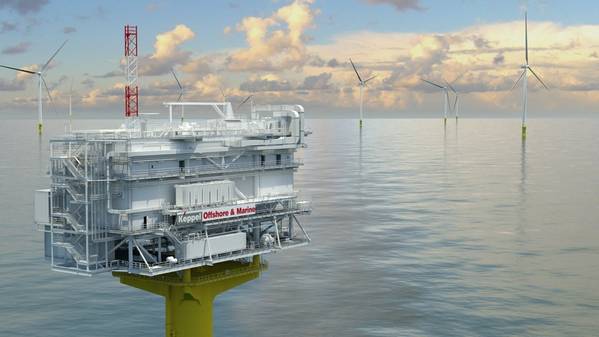 Keppel O&M, through its subsidiary Keppel Fels, will be responsible for the engineering, procurement, construction, testing, and commissioning for the topside modules of two OSS.

This excludes the OSS foundations, as well as certain electrical components to be provided by the client.

"It is scheduled to be completed in 2024 to be deployed in an offshore wind farm," Keppel Offshore & Marine said.

The company said that the contract would be on progressive payment milestones and will have neutral project cashflow.

Chris Ong, CEO of Keppel O&M, said, "We are pleased to secure this contract, which reflects Keppel O&M’s continuing pivot towards renewables and cleaner energy solutions. It is testament to Keppel O&M’s execution excellence, as well as our ability to deliver reliable, consistent, and quality solutions for the offshore wind industry.”

Keppel O&M said it was strengthening its foothold across the value chain of offshore renewables. The company, which in January said it would exit its offshore drilling rig building business, recently completed two OSS for Taiwan’s Greater Changhua 1 & 2a offshore wind farms, and is currently building an HVDC converter station for offshore wind farms in the German sector of the North Sea as well as the first wind turbine installation vessel in the United States.