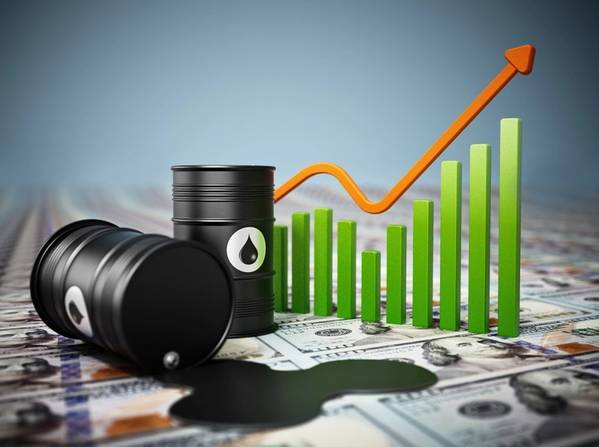 The International Energy Agency (IEA) on Tuesday upped its average Brent crude oil price assumption for 2022 to $79.40 a barrel, but predicted a rally may ease off as prices that hit a three-year high last month push up global production.

Brent is expected to average $71.50 a barrel this year, it added, in a rarely published take on oil prices. The average annual oil price last broke above $80 in 2014.

The Paris-based IEA said on Tuesday that much of the uptick in supply is due to come from the United States.

A hurricane battered the main U.S. production and export hub in the Gulf coast in late August, but U.S. output made up for half the increase in global oil production last month.

But the IEA said in its monthly report that U.S. production, despite climbing, would not return to pre-pandemic levels until the end of next year. It is due to account for 60% of non-OPEC+ supply gains in 2022.

"The world oil market remains tight by all measures, but a reprieve from the price rally could be on the horizon ... due to rising oil supplies," the IEA said.

Including price assumptions in monthly reports is rare, but not unprecedented, the IEA told Reuters. In its report last month, the IEA's assumption for the average 2022 Brent price was $76.80, while for 2021 it was $70.40.

"We publish our price assumptions when we think that this can be useful for the understanding of our forecast," the IEA said in a statement. "As current prices are getting more elevated, they start to have a significant effect on demand."

Oil stored in industry stocks for OECD countries dropped by 51 million barrels in September, and were 250 million barrels below the five-year average and at their lowest since the start of 2015. Preliminary October data pointed to a slight increase.

"Global oil demand is strengthening due to robust gasoline consumption and increasing international travel as more countries re-open their borders," the IEA said.

But it said an uptick in coronavirus cases in Europe, weaker industrial activity and higher oil prices could dent demand.

The IEA kept its outlook for oil demand growth largely steady at 5.5 million barrels per day (bpd) for 2021 and 3.4 million bpd next year.