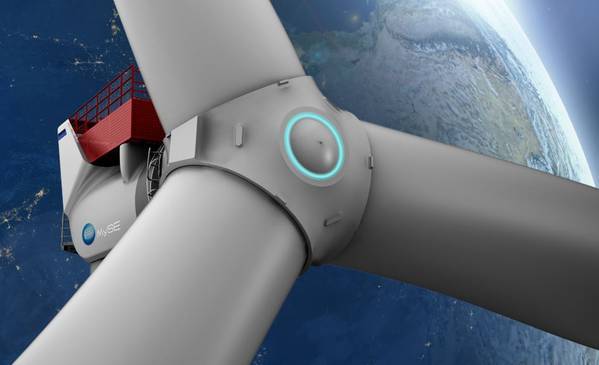 The company said Friday the order was related to an offshore floating wind power pilot project in Northern European waters in collaboration with "a European top-tier offshore wind power developer." It did not say who the developer was.

According to MingYang, which in July 2020 announced the launch of the 11MW MySE11-203 hybrid drive wind turbine, the installation at this pilot project in Europe is scheduled to be completed in 2023.

"This project will give vital insights into MingYang’s 11MW Hybrid Drive offshore technology in a floating system application in Europe's deep-sea regions, and while also paving the way for its future deployment in Europe," MingYang said.

Worth noting, currently, the most powerful turbines installed on a floating wind farm are Vestas's V164-9.525 MW turbines at the Kincardine floating wind project in the UK, which started full production earlier this month.

MingYang said last year that its 11MW turbine would feature a rotor with a diameter of 203 meters and have a 31% higher annual energy production than its predecessor.

"Its 99-meter long carbon-glass hybrid blades MySE11-99A1 provide a swept area of 32,365 m2," MingYang said last year, adding that the prototype of the giant wind turbine would be erected in 2021 and commercially available in 2022.

In July 2021, MingYang showed it was making progress will its MySE 11MW-203 offshore wind turbine development by sharing a photo of its MySE 11-99A1 blade for the 11MW turbine rolling off the production line at the Guangdong Shanwei offshore blade production facility

The 99-meter blade is designed for high-wind IEC IB sites and as well as typhoon-class conditions, with an extreme wind speed of 70 m/s or 156 mph.

Also worth noting, in tune with the offshore wind trend of "bigger is better" the Chinese company in August announced the launch of one of the world's largest offshore wind turbines with the nameplate capacity of 16MW. 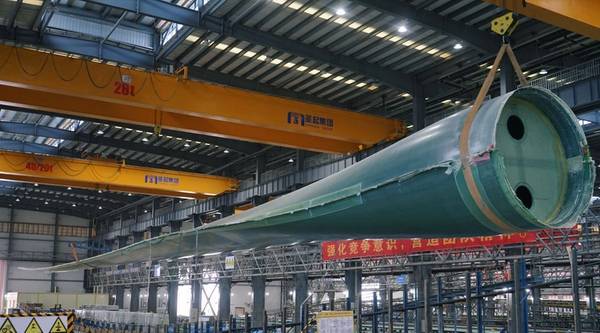