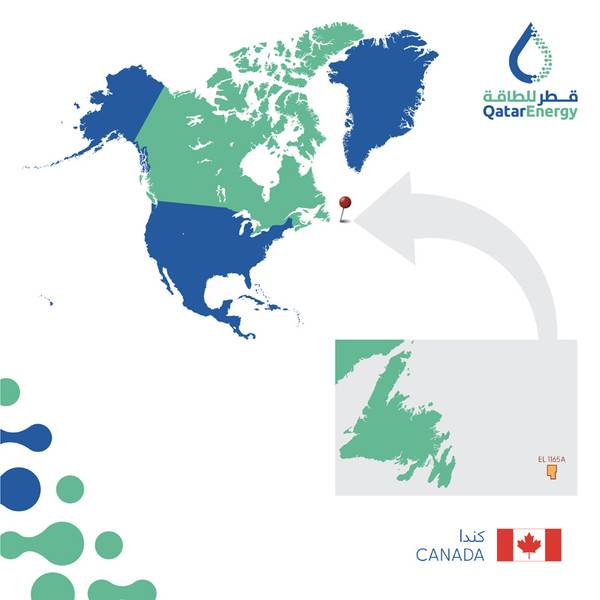 QatarEnergy has signed a deal for a 40% stake in one of ExxonMobil’s major offshore explorations in Canada, the Qatar state-owned oil and gas firm said on Sunday.

The deal marks QatarEnergy’s first foray into offshore exploration in Canada, the company said in a statement.

The agreement will give QatarEnergy a farm-in exploration license for EL 1165A, currently held by ExxonMobil Canada.

The Hampden exploration well activities are planned in deep water, 450 km off the coast of Newfoundland and Labrador. ExxonMobil Canada will retain the remaining interest in the exploration block.

Over the past two years, Qatar Energy has expanded internationally, gaining stakes in oil and gas projects around the world by signing deals with major energy companies, including ExxonMobil.

Qatar is the world's largest supplier of liquefied natural gas and aims to expand production to 127 million tonnes annually by 2027 from the current 77 million tonnes.