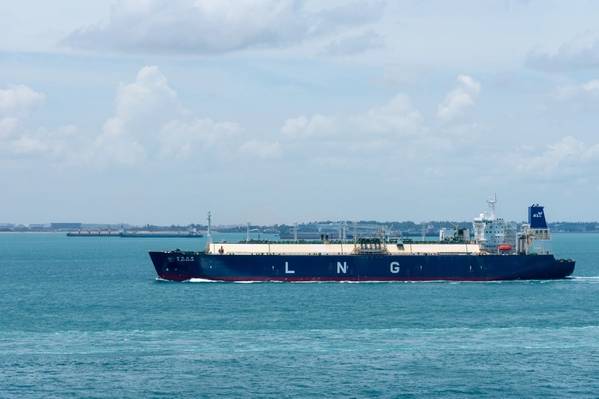 Singapore LNG Corp is making inquiries about buying LNG cargoes from the spot market, a rare move for the operator of the city-state's liquefied natural gas (LNG) terminal, industry sources said on Wednesday.

The inquiries come on the back of surging prices globally of power generation fuels such as LNG and coal, amid power shortages from China and India to Europe.

SLNG contributes to Singapore's energy security and its terminal supplies up to 30% of the city state's natural gas demand for power generation, its website says.

SLNG is looking for LNG in the spot market privately, four sources said, with one of them adding that it is seeking up to two cargoes for delivery into Singapore in November.

It was not immediately clear why SLNG was seeking the cargoes or if the request was firm.

The company and Singapore's Energy Market Authority (EMA) did not immediately reply to Reuters request for comment.

It is unusual for Singapore to seek spot LNG cargoes as the country is typically adequately supplied with LNG through long-term deals and gas imports from Indonesia via a pipeline. One of the sources said the request from SLNG came after Singapore's electricity prices jumped.

About 95% of Singapore's electricity is generated from imported natural gas with the country's long term gas and LNG cargoes linked to oil prices.

Spot LNG prices in Asia <LNG-AS> surged to record highs last week while Brent crude oil futures spiked to multi-year highs this week. Singapore is the Asian trading hub for LNG and aims to capitalize on an expected rise LNG demand in the region.

There are currently four companies that have licenses to import LNG into the city state under long-term contracts of one year or more, which allows them to sell LNG in Singapore.

Spot LNG may be imported for local use by Singapore gas users either in the form of LNG or regasified LNG, though the allowed annual quantity is capped at 10% of total contracted gas volume under long-term gas sales agreements for both LNG and piped gas, according to SLNG's website.

Singapore's long-term piped gas contracts with Indonesia start expiring from 2023, when the country has plans to import more LNG from the global market.