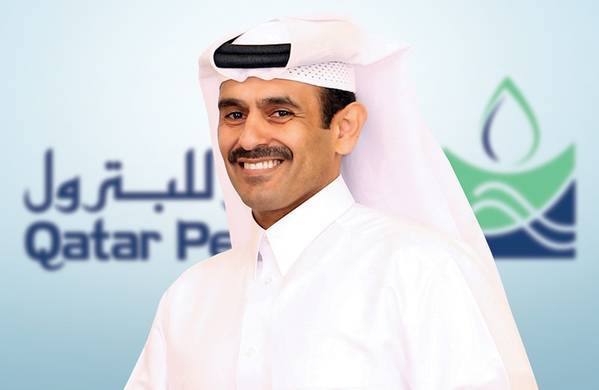 Qatar changed the name of its state-owned oil and gas firm to Qatar Energy from Qatar Petroleum to reflect what it said was a broader strategy but said it had no plans to sell assets to raise funds as other Gulf state producers have.

"We have plenty of cash," Chief Executive Saad al-Kaabi said on Monday, indicating the Qatari firm would not follow in the footsteps of Gulf rivals that have sold assets, such as Saudi Aramco and Abu Dhabi National Oil Company (ADNOC).

Kaabi, who is also minister of state for energy, said the new name better represented a broader strategy included a focus on energy efficiency and environmentally-friendly technology such as capturing and storing carbon dioxide.

Qatar Energy handles the country's LNG production and its more modest oil output, alongside a range of other industries, such as a gas-to-liquids project and petrochemicals production.

Kaabi said gas, which generates lower emissions than other fossil fuels such as oil and coal, would remain part of the global energy mix for years to come even as the world shifts to more renewable energy sources.

Qatar Energy, under the name Qatar Petroleum, had raised $12.5 billion through a bond issue in June. Kaabi said the cash was "sitting in accounts and not being used ... to make sure that we have enough liquidity."

The bond issue, made in four tranches, was the firm's first public bond sale and the biggest issuance in emerging markets this year.

Other Gulf state oil firms have been raising funds via asset sales. Bankers say state-run Saudi Aramco, which has already sold a small stake in a giant initial public offering, plans to raise tens of billions of dollars by selling stakes in energy assets to capitalize on higher oil prices.