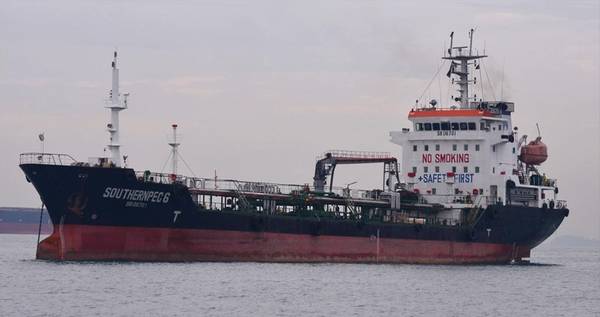 Nine people have been sentenced in Singapore to up to three years in jail for cheating buyers out of $337,000 worth of shipping fuel, authorities said in a joint statement on Thursday.

The group was found guilty of using industrial strength magnets to tamper with measuring equipment known as Mass Flow Meter (MFM) on board bunker tankers owned by a unit of marine fuel services provider Southernpec (Singapore) Pte Ltd, said the Maritime and Port Authority of Singapore (MPA), the Singapore Police Force and the Attorney-General’s Chambers.

The tampering on board bunker tankers Southernpec 6 and Southernpec 7 allowed the group to record a higher volume of sales than what was actually delivered.

Investigations revealed that between December 2018 and April 2019, there were at least 66 separate bunkering operations during which the MFM was tampered with, according to court documents seen by Reuters.

Southernpec (Singapore) Pte Ltd, now in liquidation, could not be reached for comment.

In 2017, Singapore became the first port in the world to mandate the use of MFMs, equipment that accurately measures the volume of oil delivered to ships, to boost transparency and prevent cheating in the notoriously opaque industry.

Three of the nine people convicted have been sentenced to nearly three years in prison and the rest have received jail terms of two weeks to 19 months. All nine people were convicted between 2020 and 2021.

The syndicate’s illegal operations were discovered during an enforcement check by MPA in April 2019, the authorities said.

After the review that year, the MPA stripped Southernpec of its license to operate as a bunker fuel supplier in the port of Singapore for breaching the terms of its license and malpractice, including the use of magnets to interfere with a MFM.