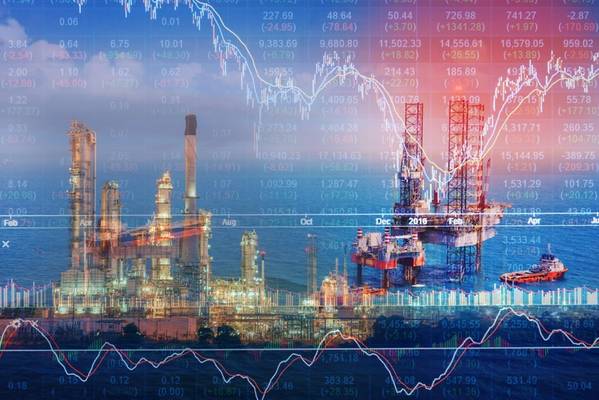 Leading international energy companies are resisting the temptation to rush and spend an unexpected windfall from rallying oil and natural gas prices as they focus on longer-term energy transition challenges, executives and analysts said.

Benchmark crude oil prices more than doubled in the second quarter of 2021 from a year earlier and have risen further in recent weeks to close to $78 a barrel, their highest in almost three years as OPEC and other major producers failed to strike an agreement to lift output.

That, along with higher global natural gas prices because of supply issues, will boost the coffers of oil companies after firms like Exxon Mobil, Royal Dutch Shell, and BP sharply cut costs in the wake of the coronavirus pandemic last year.

The companies are expected to provide updates on their spending plans in second-quarter earnings reports over coming weeks, but are unlikely to significantly shift tack with investors laser-focused on securing higher returns from the sector after a disappointing decade.

While the heads of top energy companies said last month $100-a-barrel oil was achievable again in coming years, they added prices would be volatile, meaning there is little incentive, at least for now, to commit billions to projects that could take a decade or more to show a return on investment.

Also dampening the bullish mood is huge uncertainty over near-term energy demand due to the resurgence of COVID-19 in parts of the world and longer-term with the shift to lower-carbon fuels to fight climate change.

Shell said last week it will increase returns to shareholders earlier than expected thanks to higher revenue, holding its annual capital expenditure at no more than $22 billion.

For companies such as BP and Shell, France's TotalEnergies (TTEF.PA) and Spain's Repsol (REP.MC), the coronavirus crisis has already accelerated the roll-out of new strategies aimed at lowering carbon emissions and growing renewables businesses.

So, unlike previous cycles when rising oil prices loosened purse strings, executives will likely stick to their spending discipline and focus on their energy transition strategies.

"Higher oil prices allow us to extract more value from our existing businesses, which in turn will generate more resources for our spending on transformation in line with our energy transition roadmap," Repsol Chief Executive Josu Jon Imaz told Reuters in a statement.

BP will stick to its plan to reduce oil output by 40%, or roughly 1 million barrels per day, by 2030, including through the sale of oil and gas assets, CEO Bernard Looney said at the Reuters Energy Transition conference last month.

"Strong oil prices are very positive for our strategy," Looney said. "Those assets that we sell, will be selling in a much higher price environment, potentially, and therefore will generate more proceeds."

A commodity price rally in the late 2000s drove oil prices to record highs above $140 a barrel and sparked a wave of investments including in huge, complex deepwater oilfields, giant gas liquefaction plants and a U.S. shale drilling boom that upended oil supplies.

Capital spending by the majors is likely to edge up from next year as companies pay down debt and fully recover from the pandemic, Redburn's Joyner said.

"There will be more capex, but not much of the increase will go into upstream (oil and gas production), it's going to go into renewables."

U.S. shale producers have also promised investors they will keep a tight rein on spending in 2021.

In contrast, smaller international oil and gas drillers are expected to slowly ramp up spending in response to the higher prices, INEOS Energy's Gilvary said.

"Smaller exploration and production companies will increase spending but in a more measured way because they tend to be more focused on the short- to medium-term."