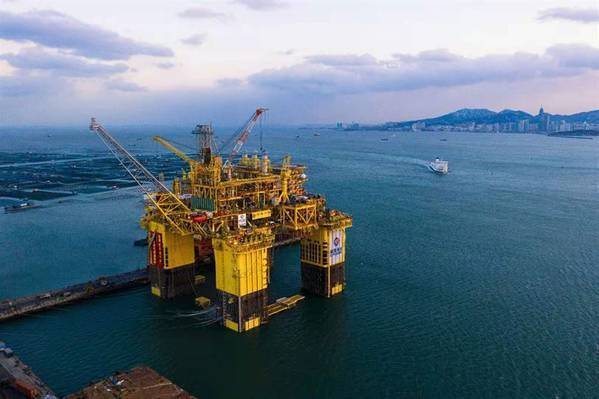 The gas project, in the South China Sea, is expected to reach peak production of 328 million cubic feet of natural gas and 6,751 barrels of condensate per day in 2022, with a 10-year stable production period, CNOOC said in a press release.

A total of 11 production wells are planned in the gas field, CNOOC said.

The Chinese energy major was aiming to start production at Lingshui 17-2 in the first half of 2021, Reuters reported in March.

The project will bring CNOOC's total gas production capacity in the South China Sea area to more than 13 billion cubic meters annually, the company said in a separate post on its official Weibo account.