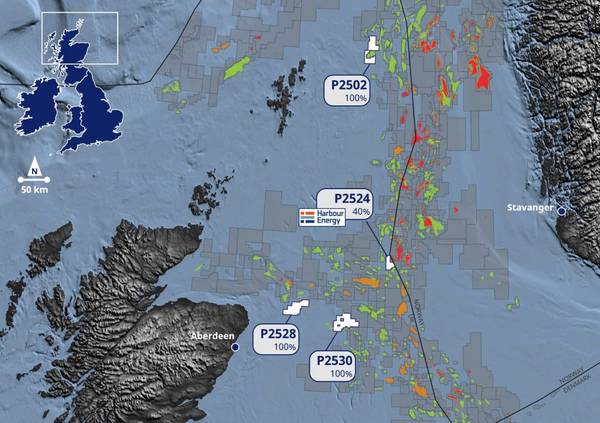 Perth-based firm said that the license P2502 was located on the western edge of the East Shetland Basin, Northern North Sea, covering an area of 424 square kilometers. The block sits 85 km NE of the Shetland Islands.

The other block, P2524, is located on the southern flank of the South Viking Graben, Central North Sea, and covers an area of 171 square kilometers and is 250 km NE of Aberdeen.

"The leading prospect on the licence is Barracuda, targeting the same Upper Jurassic reservoir that hosts the nearby prolific T-Block and Brae complex oil fields. In addition to the Barracuda prospect, the licence contains a further three prospects and leads and two small oil and condensate discoveries. Finder currently holds an operated 40% working interest in this licence, with Harbour Energy holding the remaining 60% working interest," Finder added.

Damon Neaves, CEO of Finder said: "These two acquisitions build on Finder’s recently announced entry into the North Sea through the 32nd UK Offshore Licensing Round and are in line with our strategy to secure high-quality exploration acreage close to discoveries and infrastructure. We expect to announce further North Sea acquisitions as well as new partnerships in the near future.

"We are also pleased to announce that Nick Terrell and Henry Morris, former Azinor co-founders, and directors, will be joining the Finder team to drive our UK North Sea growth strategy."