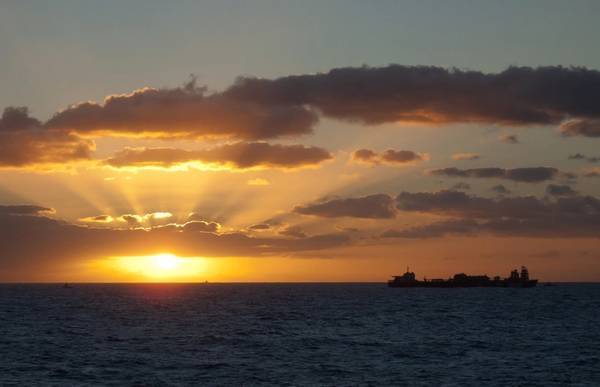 U.S. oil majors Exxon Mobil Corp and Chevron Corp on Thursday branded Australia's proposed industry-wide levy to cover the cost of decommissioning an offshore oil field, which neither has had any stake in, as "arbitrary" and "disappointing".

The planned levy to remove facilities and plug abandoned wells at an oil field in the Timor Sea, off the northwest coast, could be a precedent-setting move with significant implications for extractive industries in Australia.

The government decided to impose the levy as it did not want taxpayers to have to cover the cost of rehabilitating the Laminaria-Corallina field in the Timor Sea after the owner, Northern Oil & Gas Australia (NOGA), went into liquidation in 2019.

NOGA bought the field from Woodside Petroleum and Talisman Energy in 2016.

Credit Suisse analyst Saul Kavonic said decommissioning costs could top A$1 billion if all of the facilities are required to be removed.

Resources Minister Keith Pitt's spokesman said talks with industry representatives were underway over how the levy will be applied to Australia's oil and gas producers.

Two sources familiar with those talks have said one option under consideration would be to calculate companies' contributions based on their production volumes.

That would mean international majors like Royal Dutch Shell and Chevron Corp, the biggest producers in Australia, would bear a bigger share of the cost than companies who previously owned the Laminaria-Corallina field.

"Chevron Australia is committed to working with the government on a decommissioning policy framework that would effectively preclude the need for this type of ad hoc, arbitrary action," a Chevron spokesman said.

Exxon said it had proven that it could safely decommission facilities around the world, had the financial backing to do so, and shouldn't have to help cover the costs of other companies unable to meet their obligations.

"Therefore, it was disappointing to see the federal government announce the introduction of an industry levy to pay for the decommissioning of the Laminaria-Corallina oil fields and associated infrastructure," Exxon said in its first public comments on the plan announced last week.

The industry levy comes on top of huge decommissioning costs that Exxon and its partner BHP Group face during the coming decade in the Bass Strait off southern Australia, where output at their Gippsland Basin Joint Venture is rapidly depleting.

Exxon said it has spent more than A$300 million ($232 million) on plugging and abandoning wells in the Bass Strait that are no longer producing and would spend more than A$150 million in the next two years.