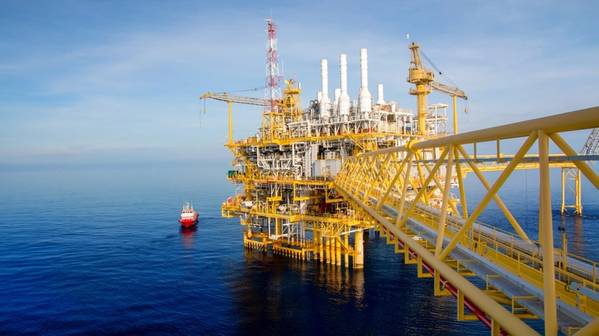 Asian energy officials on Wednesday disputed the International Energy Agency's (IEA) call for no new oil, natural gas and coal investments for the world to be able to reach net-zero carbon emissions by 2050, viewing that approach as too narrow.

The IEA, which has previously championed the oil and gas industry, this week outlined a path to net-zero emissions that suggested stopping new investments in oil, gas, and coal supply, retiring coal-fired plants in advanced economies by 2030, and banning sales of new internal combustion engine cars by 2035.

Energy companies in Australia, the biggest carbon emitter per capita among the world's richest nations, and officials in Japan and the Philippines said there were many ways to get to net-zero, even as the IEA said its pathway was "the most technically feasible, cost-effective and socially acceptable".

Akihisa Matsuda, the deputy director of international affairs at Japan's Ministry of Economy, Trade and Industry (METI), said the government has no plans to immediately stop oil, gas and coal investments.

"The report provides one suggestion as to how the world can reduce greenhouse gas emissions to net-zero by 2050, but it is not necessarily in line with the Japanese government's policy," he said.

"Japan needs to protect its energy security including a stable supply of electricity, so we will balance this with our goal of becoming carbon neutral by 2050."

Japan was the region's third-largest carbon emitter in 2019, after China and India, according to the BP Statistical Review of Energy.

'NO ONE SIZE FITS ALL'

Australia's top oil and gas industry and mining lobby groups said there was "no one size fits all" for decarbonization.

"The IEA report doesn't take into account future negative emission technologies and offsets from outside the energy sector -- two things that are likely to happen and will allow vital and necessary future development of oil and gas fields," Australian Petroleum Production and Exploration Association Chief Executive Andrew McConville said.

"For its part, Woodside is working with its customers, all of whom are in countries that have committed to net zero, to ensure we can supply them with the energy they are seeking in order to achieve their decarbonization pathways," a Woodside spokeswoman said.

Australia on Wednesday committed A$600 million ($467 million) in taxpayer funds to build a new gas-fired power station to back up wind and solar power, which Energy Minister Angus Taylor said was a pragmatic move.

In the Philippines, where coal is set to be the dominant power source for years even after a ban on new coal plant proposals, Energy Secretary Alfonso Cusi said the energy transition should be "fuel and technology-neutral".

Cutting finance for oil, gas, and coal without considering efficiency and competitiveness would "set back the Philippines' aspiration to join the ranks of upper middle-income countries," he said.

While the world is moving to renewable energy, demand for coal is still expected to be strong in the next few decades as some countries are still building new coal-fired power plants, said Hendra Sinadia, executive director at Indonesia Coal Mining Association.

(Reporting by Sonali Paul in Melbourne; Additional reporting by Melanie Burton in Melbourne, Enrico Dela Cruz in Manila and Christina Bernadette in Jakarta; Editing by Christian Schmollinger and Emelia Sithole-Matarise)