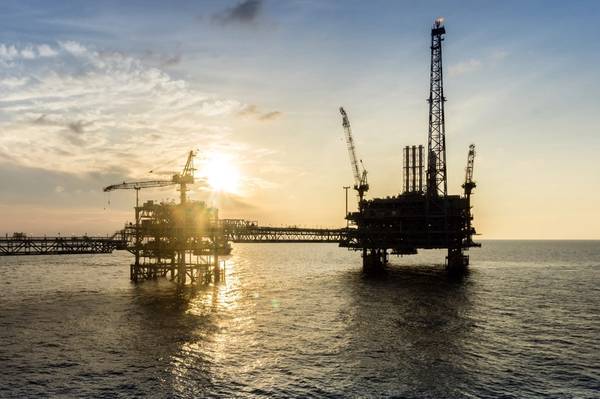 Image for illustration only - Credit: wanfahmy

Info on Boskalis' website from July 2018 shows that the Dutch company had secured a letter of award from MMHE for the transportation and float-over installation of a topside for the Bokor Central Processing Platform Phase 3 redevelopment project in Malaysia.

"The topside will be constructed by their yard in Malaysia and will be skidded onto an open-stern heavy transport vessel. For the purpose of this project, an existing vessel will be modified and become dynamic positioning (DP2) compliant allowing it to work in close proximity to offshore structures. The project is due to be executed in 2020," Boskalis said at the time.

According to MMHE's statement released this week, Boskalis served it with the arbitration notice on March 14, 2021, in relation to claims arising from a subcontract between Boskalis and MMHE for the transportation and installation works for topside float over for the Bokor project.

Describing the dispute, MMHE said that under the contract,  Boskalis was required to make available a vessel for the load out of the topside based on an agreed schedule.

In the notice of arbitration, as shared by MMHE, Boskalis claims that there was a delay in the loadout exercise onto the vessel and that Boskalis had allegedly incurred demurrage and standby costs between April 21, 2020, and July 20, 2020, as a result of the delay.

For this, per MMHE, Boskalis is seeking from MMHE "the alleged costs in the amount of USD11,954,475.00, together with interest and costs."

"MMHE disputes the claims and maintains that MMHE has fully observed the provisions of the subcontract at all times.  [Boskalis'] claims are not consistent with the subcontract and/or in law. Further, the events and circumstances during the claim period were fully known to [Boskalis] and there was no delay on MMHE’s part during the said period that will entitle [Boskalis] to any compensation," MMHE said.

Boskalis did not immediately respond to Offshore Engineer's request for comment.

According to info available on Boskalis' website, the company in August 2020 used its Forte heavy lift and transportation vessel to conduct the float-over installation of the 11,238-ton Bokor CPP-A topside in Malaysian waters.

In its 2020 annual report, Boskalis shared the details of how the project was carried out, without mentioning the dispute with MMHE, but it did mention delays.

While it deemed the project a success it did share that there were some challenges and said that the COVID-19 pandemic had a huge impact on the project, as the closure of the borders also meant that far more permits than usual were needed to enter Malaysia.

"Team members had to go into quarantine on board for two weeks before the operation started. Afterwards, everyone had to be isolated in Malaysia for another two weeks before being allowed to travel home. The strict regulations and the lack of clarity about the timing of the operation made the work particularly demanding," Boskalis revealed in its 2020 annual report. [The report also includes photos of the project.]

"We had planned to start in April but everything was delayed for about four months,” said Ronald Goetheer, operations director Heavy Marine Transport, as cited in the annual report. “Given the imminent monsoon season, we knew the float-over had to take place no later than August. A demanding operation like this can only be executed when wind speeds are low and wave heights are minimal," Goetheer said in the report.

According to the info in the Annual Report, the CPP-A topside production platform was built at a yard in Pasir Gudang, Malaysia, just north of the Singapore border, and the load-out – taking the topside on board in a skidding operation – took place in July.

After sea fastening the cargo, the Forte then started its two-and-a-half day journey to the Bokor field offshore Borneo, where it then installed the topside in an opening between two jackets measuring 43 meters and 18 centimeters and it had to be precise as the gap meant there were less than ten centimeters of space on either side of the vessel.

Boskalis also described the final installation process in its report: "At the offshore site, the Forte was ballasted so that the topside was raised about one meter above the jacket. Using the information from the survey systems, the vessel then slowly reversed until cameras at the four corners showed that exactly the correct position had been reached. Subsequently, the ballast system was used to manipulate the draft exactly and the topside was positioned on the corners of the jackets."

Boskalis in December 2020 shared a video of the whole operation on social media, too. Watch the video below. 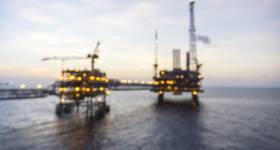