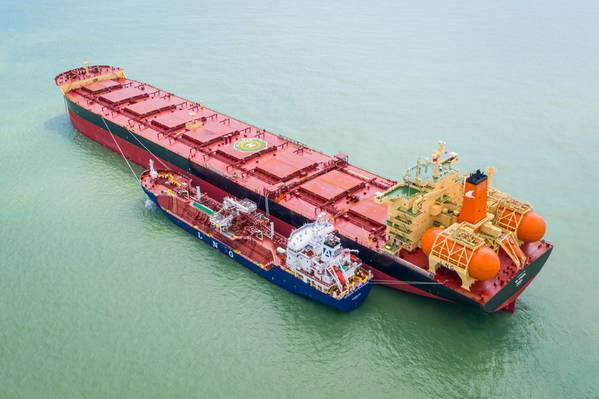 “Delivery took place safely and was completed within 20 hours, a record time for the quantity supplied, including the cooling down of an LNG tank,” said Nacho De Miguel, who leads Peninsula’s LNG business.

Peninsula, having recently announced the implementation of its LNG bunkering, small-scale LNG business and Global Sustainability Initiative, said it is working on multiple deals in strategic bunkering locations worldwide.

Additionally, the company said it aims to develop its own LNG bunkering vessels and is currently in discussions with several shipowners and shipyards to materialize its plan.