Solstad on a Roll: Scores Vessel Charters in India, Australia 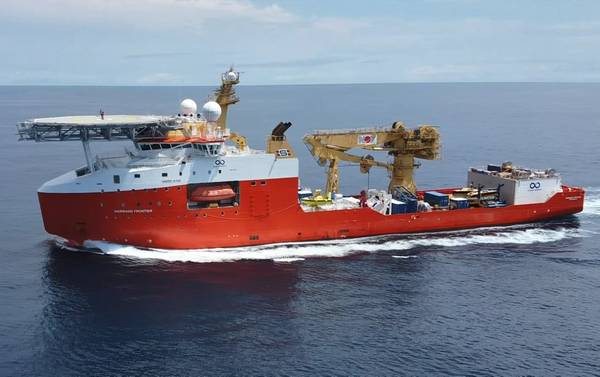 These charters are with an unnamed "large international contractor" and are for the construction support vessels Normand Navigator, Normand Frontier, and Normand Australis.

The three vessels will be used for projects on the east coast of India. The contract will start early Q1 2021 and have a combined potential duration of approximately 450 vessel days, in addition to mobilization and demobilization.

In addition, Solstad said it has been awarded another contract with a large international contractor for Normand Frontier, after the completion of the project in India. This contract is in Australia and will start in Q2 2021, lasting up to three months, excluding mobilization and demobilization.

The early release comes as Ocean Infinity continues its transition to unmanned and robotic technologies with the introduction of its Armada fleet.

"Solstad and Ocean Infinity have agreed mutually beneficial terms for the remaining part of the firm contract period for the Normand Frontier taking account of the opportunity to deliver the vessel on the India and Australia contract, under which Ocean Infinity is expected to provide both ROVs and personnel," Solstad said.

One can say that Solstad has had a busy week. Apart from two sets of contracts announced Thursday, with vessels securing work in the North Sea, Suriname, India and Australia, the company on Tuesday said it had signed a deal with ExxonMobil for the supply of offshore vessels for the U.S. oil major's Brazilian operations.

Before that, on Monday, Solstad said it had signed contracts for two offshore vessels in Norway, with Wintershall DEA and Aker BP.