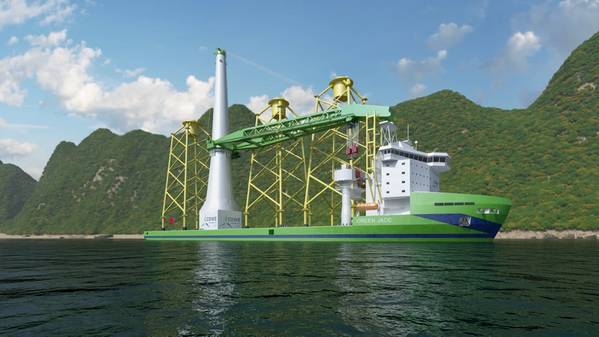 Under the contract, Orcan Energy will deliver eight efficiency PACKs for the vessel, which is Orcan Energy's largest order ever in the marine sector.

Orcan Energy specializes in the delivery of the Organic Rankine Cycle (ORC) solutions, a technology used to produce electricity from waste heat.

Aboard the Green Jade, Orcan Energy's eight efficiency PACKs will be used for the recovery of waste heat.

Explaining how its tech works, Orcan Energy, whose largest shareholder is the German power giant E.ON, said:" To make profitable use of the waste heat on board and to save energy, the four Wärtsilä 46DF engines onboard are each equipped with two efficiency PACKs. The efficiency PACKs use the waste heat from the engine cooling water and exhaust gases.

"A heat exchanger transfers this to the ORC circuit. Here, the refrigerant is evaporated – a non-toxic, non-flammable hydrocarbon – and routed to the expansion machine as a superheated vapor. The highly pressurized refrigerant is expanded, thereby driving the rotary screws in the expansion machine. The rotational energy is used to drive a generator that produces electricity. When all engines are running, more than 500 kW of electrical power is generated from waste heat on board the Green Jade."

The ship is currently being built at a shipyard in Taiwan and is the first such vessel built in the country. It is scheduled for deployment in 2022 in the growing local offshore wind market.

The vessel will have has a 4,000-tonne crane capacity and DP3 capability, and will be able to transport and install the next generation, multi-megawatt turbines, jackets, and components in a single shipment. 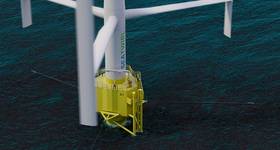