The world's two largest oil exporters, Russia and Saudi Arabia, are in talks on how to support volatile oil markets, the Kremlin said on Monday as rising coronavirus infections worldwide curb fuel demand.

An OPEC+ ministerial monitoring committee, comprising Saudi Arabia and Russia, is meeting on Monday. The panel could discuss rolling over existing oil cuts for 2021, but is unlikely to make a formal recommendation, two OPEC+ sources told Reuters.

"Those markets are volatile and we are at an active stage of cooperation, exchange of opinions. That is why it requires regular contacts," the Kremlin spokesman Dmitry Peskov told reporters.

The Organization of the Petroleum Exporting Countries (OPEC) and allies including Russia, collectively known as OPEC+, have been reducing output since January 2017 in an effort to balance the market, support prices, and reduce inventories.

They are curbing production by 7.7 million barrels per day (bpd), down from cuts totaling 9.7 million bpd, and are due to reduce the cuts by a further 2 million bpd in January.

Several OPEC watchers, including analysts from U.S. investment bank J.P. Morgan, have said a weak demand outlook could prompt OPEC+ to delay any easing of the reductions. The United Arab Emirates and Russia, however, have said that cuts would be eased as planned.

OPEC+ experts last week discussed the risk of a persistent supply overhang in 2021 in the event of a prolonged and severe second wave of the COVID-19 pandemic.

(Reporting by Alex Lawler and Ahmad Ghaddar in London, Vladimir Soldatkin in Moscow and Rania El Gamal in Dubai; Editing by David Goodman and Barbara Lewis) 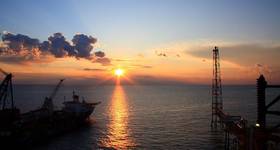