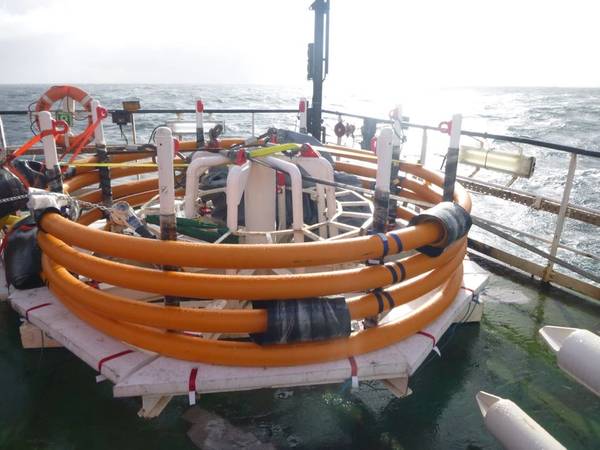 Airborne Oil & Gas has received an order for the delivery of two Thermoplastic Composite Pipe (TCP) Jumpers, in what the company says is the first time its TCP technology is being used in the region.

The Dutch company has been contracted by Subsea 7 to supply 2” 10,000 psi TCP Jumpers to be used for Monoethylene Glycol (MEG) injection service.

The TCP Jumpers are planned for delivery later this year, and will be deployed in the Julimar field, located approximately 200 km offshore North Western Australia.

The order is part of a wider contract awarded by Australia’s oil and gas company Woodside on behalf of the Julimar-Brunello joint venture (Woodside and KUFPEC) to Subsea 7 to design, procure, install and commission a 22 km 18″ Corrosion Resistant Alloy (CRA) gas transmission flowline and an umbilical system.

Fabienne Ellington, Airborne Oil & Gas’ Vice President for Asia-Pacific and Middle East said: “We are extremely pleased to be the first company to deliver TCP technology to the energy sector in the region. As part of our business strategy, we have been focusing on the opportunities in Australia as a major oil and gas hub, as well as an upcoming LNG growth market. This is a landmark win for Airborne Oil & Gas and puts us firmly on the map in Australia. "

"TCP is a non-conductive, non-corrosive flexible pipe that can be installed subsea easily through a subsea pallet, which eliminates expensive metrology and negates the need for two separate vessel campaigns to carry out metrology and then installation. This results in significant cost savings and a more condensed project schedule," Airborne has explained.

In a quarterly presentation last month, Woodside said it had started a multi-well drilling campaign for Julimar-Brunello Phase 2 in Q1 2020, following FID in Q4 2019.

The project will develop gas from the Julimar reservoir as a subsea tieback to the existing Brunello infrastructure. At the end of the first half of 2020, activities were on budget and on schedule, Woodside said.