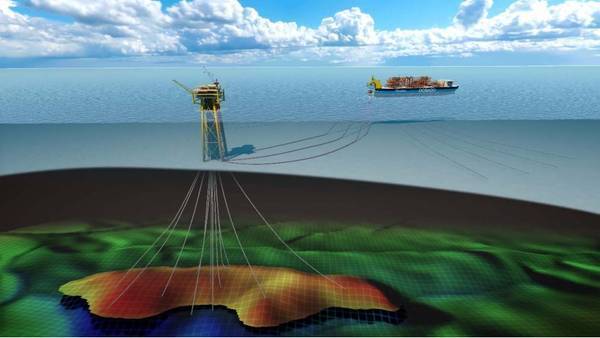 This is according to Carnarvon, Santos' partner in the Dorado field discovered offshore W. Australia in 2018, and dubbed one of the gas-rich country's largest oil discoveries of the century.

Santos and Carnarvon have envisioned the development to include an FPSO and a Well Head Platform that will support the production and ancillary wells and connect to and supply the FPSO. The project expected to be sanctioned next year.

"The pre-FEED competition for the supply of a Floating Production Storage and Offtake vessel ("FPSO") for the Dorado project is well advanced with BW Offshore, Modec, and Altera (formerly Teekay). All three recently presented technically robust proposals all capable of fulfilling the requirements of delivering 75,000 to 100,000 barrels of oil per day," Carnarvon said.

The award of the FEED contract is expected to occur later this calendar year. The pre-FEED process will also determine the contracting strategy for the FPSO, the company said.

Carnarvon on Thursday said that work continued on the tendering for the Well Head Platform (WHP) with the intention to finalize the Concept Select Definition for FEED to start as scheduled around the end of this quarter.

The WHP is expected to host 8 to 10 wells for the Dorado production and have the capacity to accommodate production from possible future tie backs.

The FEED work will fully define the scope and plan for the project so that a Final Investment Decision (FID) can be made by Santos and Carnarvon in 2021, subject to the market situation.

Adrian Cook, Managing Director and CEO of Carnarvon said: "I am pleased to see how much work has been completed across the multiple components of the Dorado field development. These cover the WHP, FPSO, sea bed infrastructure, and production well optimization.

"Even during the current challenging conditions, the project's design, cost estimates, and the negotiation of commercial terms have progressed, which demonstrates the exceptional characteristics of this project. I look forward to providing further information on the important next phase of progress which will involve the formal commencement of FEED."

Santos is the operator of Dorado with an 80% stake, while Carnarvon has a 20% interest in the project located within WA-437-P.