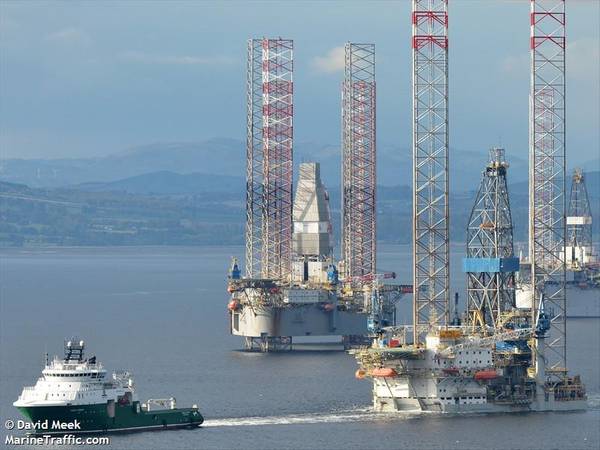 Offshore drilling company Noble Corp. has secured contracts in the UK North Sea with CNOOC and Total, extensions for rigs in Qatar and Suriname, and a contract cancellation in Vietnam.

In the UK, China's CNOOC has awarded a four-month contract for the Noble Sam Hartley jack-up rig, with the contract expected to begin in August. The contract includes extension options.

The Sam Hartley rig was previously used by Total in the UK, and it ended its contract on April 7, and has been warm stacked since. The new contract with CNOOC is for four wells, plus one optional well. The day rate wasn't disclosed but Bassoe Offshore estimates it to be around $85.000.

As for the Noble Sam Turner jack-up unit, Total will be taking the rig on a one month contract, expected to start in late August. The rig has been warm stacked since March 2020. Bassoe Offshore estimated the rig dayrate will be $80,000.

In Qatar, Qatar Gas extended the contract for the 2013-built Noble Mick O'Brien jack-up. The rig will now continue working for Qatar Gas until mid-November. The contract was previously expected to end in August.

As previously reported, Saudi Aramco recently „suspended“ the Noble Scott Marks rig, placing it on a no-dayrate standby between May 2020 to May 2021. The rig previously had a contract with Saudi Aramco until late October 2022, however, Noble Corp. in its fleet report said the contract has been extended to July 2023.

In Suriname, Apache has extended the Noble Sam Croft drillship contract, by executing an option for another well. This will keep the rig busy until mid-November 2020. The contract was previously expected to end in June.

In Vietnam, Noble said that the previously announced contract for the Noble Clyde Boudreaux semi-submersible drilling unit, has now been canceled.

Noble previously said that the rig would end its contract and move to Vietnam, where it was supposed to drill for an undisclosed client on a contract starting in early June, ending in late July.

The rig is now warm-stacked in Vietnam. Noble said the contract included a termination payment. 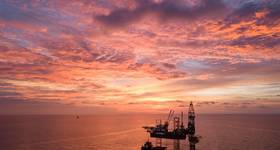