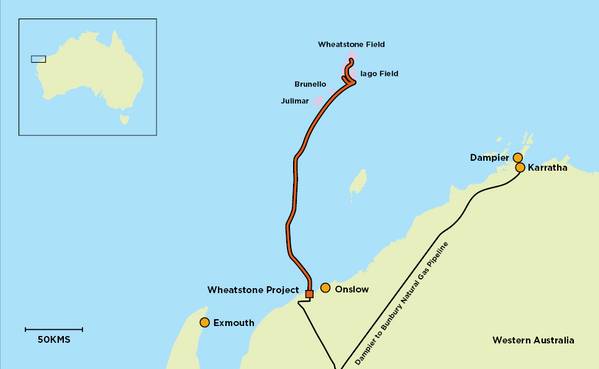 Oil and gas major Chevron has signed a gas sales agreement in Australia, to supply BHP Nickel West from its Wheatstone gas project.

Starting in July 2020, Chevron plans to supply BHP Nickel West with a total of 22 Petajoules of equity domestic gas over the 3.5 year term of the agreement.

Chevron Australia Managing Director Al Williams said the agreement highlighted the important role of natural gas in powering critical industries, such as mining, across the state.

“As a reliable and cost-effective way to generate electricity, natural gas is a vital energy source for current and future energy needs of Western Australian industry.”

At full capacity, the Chevron-operated Gorgon and Wheatstone natural gas facilities will produce 500 terajoules per day of domestic gas for the WA market – enough to generate electricity for 4.3 million households.

Apart from operating the Gorgon and Wheatstone natural gas facilities, Chevron manages its equal one-sixth interest in the North West Shelf Venture. The company last week said it was looking to exit the North West Shelf project. It said the company had received a number of unsolicited approaches from a range of credible buyers.

When it comes to the potential suitors, a Wood Mackenzie analyst last week said: "In terms of buyers, there are a few likely suitors, but of the existing participants we see Woodside as the most likely buyer. It is well-positioned financially and has announced it is ready and looking for M&A opportunities in Australia."

Woodside CEO Peter Coleman this week hinted Woodmac's assumptions might be correct: "[The North West Shelf] has been the jewel in Woodside's crown for a long period of time ... You don't want your neighbors to put up a for-sale sign and then you get the wrong people moving in next door."