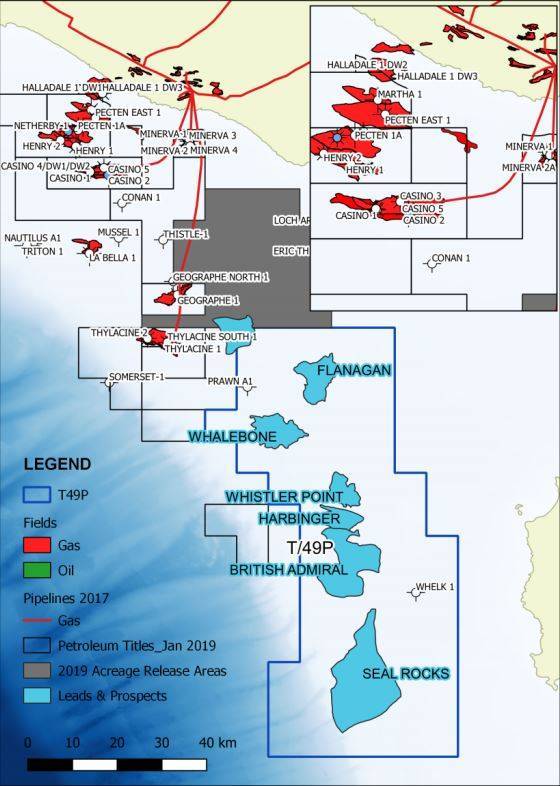 ConocoPhillips Australia has completed the acquisition of an 80 percent stake in from 3D Oil in Australia's offshore Tasmanian Permit T/49P.

The oil giant will pay 3D Oil A$5 million cash payment in recognition of previous expenditure at the Otway basin offshore block.

Upon completion of the acquisition, processing, and interpretation of the 3D seismic survey, ConocoPhillips may elect to drill an exploration well.

"In the event COP elects to drill such exploration well, the Company will be carried for up to US$30 million in drilling costs after which it will contribute 20% of drilling costs in line with its interest in the Permit," 3D Oil said.

3D Oil has said that the offshore license contains "a series of leads," which in combination with the Flanagan prospect have a best estimate prospective resource of over 10 TCF of gas.

"The completion of the farmout of T/49P to COP places TDO in a unique and enviable position for a small-cap company –where there is a clear pathway to ultimately supplying gas to the East Coast Market. The company is very positive about its prospects.

"While global conditions are very challenging the potential for gas commercialization in Eastern Australia are very promising. TDO believes these conditions create opportunities for the company to exploit. The company is firmly focused on becoming a supplier to the burgeoning East Coast Gas market at a time of unique dynamics in local and global gas markets," 3D Oil said.