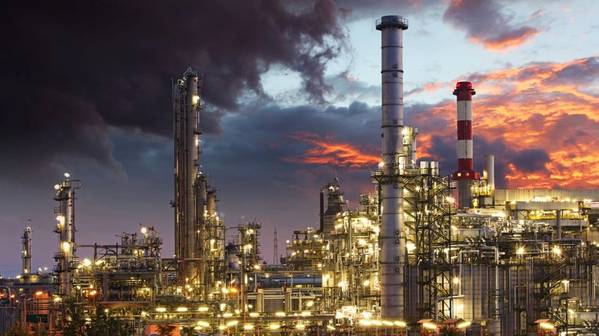 Refineries from India to South Korea are expected to increase output from June, joining their Chinese counterparts as the easing of lockdown measures boosts demand for oil products, industry executives said.

The average operating rate for refineries in Asia is expected to rise to 75.5% and 82.2% in the third and fourth quarters, respectively, from 72.4% in the second quarter out of total capacity of about 35 million barrels per day, according to energy consultancy FGE.

Refineries in countries such as India, South Korea, Japan, and Thailand are also expected to pick up the pace of processing the cheap crude they purchased in recent months as economies begin to reopen and demand for oil returns.

Brent crude prices fell in April to their lowest since 1999 as strict restrictions to contain the global coronavirus outbreak heavily dented oil demand.

"Chinese refiners have already ramped up crude runs significantly in the last two months. The improvement in domestic demand will see other countries such as India, Indonesia, Vietnam gradually increase crude processing over the next few months," said FGE's head of Asia oil research Sri Paravaikkarasu.

Indian Oil Corp, the country's top refiner, could see the average operating rate of its plants - the percentage of their designed capacity that is being utilised - reach 85% in June, up from 80% in May and 39% in April, a company source said.

Paravaikkarasu also expects petroleum demand to rise in places like South Korea and Australia "where the (coronavirus) cases are broadly under check."

Hopes for a recovery in demand have lifted stocks in some Asian refiners, with shares in India's Reliance Industries Ltd up 14% since early February and those in Taiwan's Formosa Petrochemical Corp up nearly 10% over that period. CAPPED MARGINS Despite expectations for higher output, refiners are concerned that their margins will remain weak if the demand for oil products does not pick up as quickly as the rise in crude prices amid restricted supply. The Organization of the Petroleum Exporting Countries and its allies including Russia agreed last week to extend record cuts in oil production until the end of July, prompting the world's top oil exporter Saudi Arabia to raise its crude prices for next month.

Against this backdrop, Brent has more than doubled since April, squeezing refiner's margins and limiting their ability to increase output of oil products. This could further tighten supply and add upward pressure on product prices in a self-fulfilling cycle.

"Essentially, it's forcing some refiners to limit output, reduce or even stop output until margins improve," a Singapore-based trader said of Saudi Arabia's price increases.

"We're optimistic that margins will improve, but it's hard to tell how much they'll improve," he said. "Buyers will only chase after high-price crude when margins improve."

A mixed pace of recovery among products could also tilt refinery production more towards light distillates such as gasoline and naphtha, where demand is rebounding faster, executives said.

Diesel is weighed down by heavy inventories while jet fuel is not expected to recover this year.