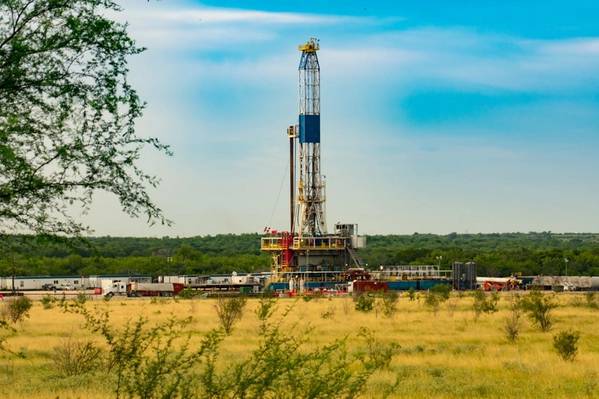 Saudi Arabia's decision to jack up the price of its July exports to Asia may have opened the door for U.S. crude oil producers to boost sales to the region that consumes more oil than anywhere else in the world.

State-controlled producer Saudi Aramco hoisted its official selling prices (OSPs) to all regions for July-loading cargoes, but the biggest hikes were for the key Asian region, which takes the bulk of the kingdom's exports.

Benchmark Arab Light crude was boosted to a premium of 20 U.S. cents barrel over the Oman/Dubai average for July, from a discount of $5.90 in June, a price increase of $6.10.

This was well above the $3.80 a barrel average increase expected by Asian refiners surveyed by Reuters ahead of the June 7 announcement.

Saudi Energy Minister Prince Abdulaziz bin Salman told a news conference on Monday that the strong OSPs are a sign that global oil demand is returning.

The increase in the OSPs came after the Organization of the Petroleum Exporting Countries (OPEC) and its allies, a group known as OPEC+, agreed to extend 9.7 million barrels per day (bpd) of output cuts to the end of July, prolonging the measure that was in place for May and June.

However, an additional voluntary cut of 1.18 million bpd by Saudi Arabia, Kuwait and the United Arab Emirates would not continue beyond June, Prince Abdulaziz said.

In effect, what the Saudis are trying to do is increase the amount of crude they are selling from May and June levels, and simultaneously do this at a higher price by raising the OSPs.

It's a fine line to tread. The risk is that refiners, particularly in Asia, will buy as little Saudi crude as they can in July and increase purchases from producers outside the OPEC+ agreement - including those in the United States.

While crude demand is recovering in Asia with the lifting of economic lockdowns implemented to try to contain the spread of the novel coronavirus, the region's consumption still looks fragile outside China.

And China's record imports of 11.3 million bpd in May, up 19% from the same month in 2019, are more a reflection of the March-April price war and the subsequent collapse in crude prices, rather than any massive spike in actual demand.

Simply put, Chinese refiners stocked up on crude at a time when the Saudis and other Middle Eastern suppliers were offering deep discounts on their OSPs and the underlying benchmarks slumped to multi-year lows.

The recovery of global benchmark Brent crude futures from a 21-year intraday low of $15.98 a barrel early in March to the close of $40.80 on Monday means that crude is no longer the massive bargain it was. Chinese buyers may now scale back some of their purchases for strategic and commercial storage purposes.

It's also worth looking at the assertion that the global crude oil and refining sectors are returning to health.

Refining margins in Asia are still under pressure, with Reuters data showing that a refinery in Singapore processing Dubai crude is currently making a loss of 90 U.S. cents a barrel.

Refiners in Asia now have an incentive to minimize purchases of Saudi crude, and most likely other crude from Middle East suppliers, who tend to set their OSPs in line with the Saudis.

The price of West Texas Intermediate physically delivered in Houston, as assessed by commodity price reporting agency Argus, was at $39.39 a barrel on Monday, below the physical price of Dubai swaps of $40.81.

WTI is a light oil and not directly comparable to Dubai, but it is similar to Saudi Aramco's Arab Extra Light grade - which saw a $6.70 a barrel boost to its OSP for July cargoes to a premium of 20 cents a barrel over the Oman/Dubai average.

This means WTI cargoes from the United States can probably be secured at a price below similar crudes from the Middle East, even allowing for the higher freight costs.

U.S. shale oil output was hit hard by the price war and the slump in crude demand worldwide, with estimates suggesting a loss of around 1.3-1.5 million bpd in production.

Chinese refiners may also have more incentive to look at U.S. crude in the light of the undertaking to buy substantially more U.S. energy as part of January's Phase 1 trade deal with U.S. President Donald Trump.

So far there has been very little evidence that China is making even the mildest of efforts to meet its purchase commitments.

But with U.S. crude once again becoming competitive in Asia, China could boost volumes, especially from August onwards, given the long lead time from securing a cargo to its physical delivery.