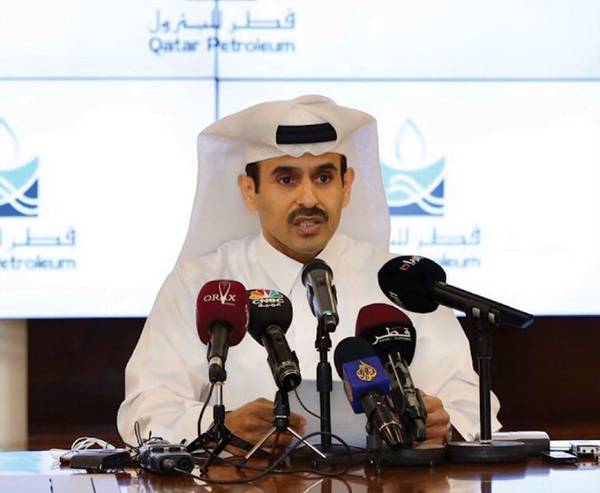 Qatar Petroleum will slash its spending by around 30% this year in the face of the sharp drop in oil and gas prices due to the coronavirus epidemic, its Chief Executive said on Thursday.

Speaking during a webcast organized by the U.S-Qatar Business Council, Saad al-Kaabi however said that plans to sharply expand Qatar Petroleum's liquefied natural gas (LNG) capacity by the middle of the decade remain on track.

"We are going through budget revisions... In June we will be somewhere in the range of 30% reduction in expenditure, capex and opex," Kaabi said.

The world's top oil and gas companies sharply reduced spending in the wake of an unprecedented collapse in oil consumption triggered by travel restrictions governments around the world imposed to contain the coronavirus epidemic.

Kaabi said he expected oil demand to recover to pre-crisis levels only within a year or two, adding that natural gas prices have suffered less due to continued demand for electricity.

Qatar Petroleum, or QP, the world's largest LNG producer, will however not cut its gas exports due to the weaker demand, he added.

QP wants to lift its LNG output to around 110 million tonnes per annum by 2024 from today's 77 mtpa in the first phase of its expansion.

Those plans remain on course, Kaabi said, despite delaying the awarding of commercial tenders for the expansion project from April to the end of the year.

Once the project's capital costs are understood in the coming months, he expects a number of major international companies, including Exxon Mobil, Chevron and ConocoPhillips to take part in the tendering process, he added.