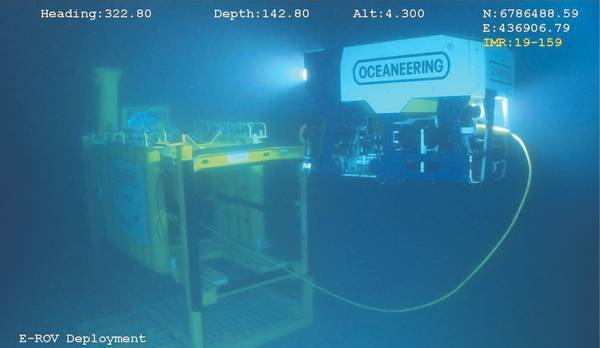 Offshore services provider Oceaneering has been awarded an asset integrity contract from a major operator based in Dubai, UAE.

Oceaneering said Wednesday that the "considerable asset integrity contract" included the provision of general and advanced non-destructive testing (NDT) and fabric maintenance inspection services across the operator’s onshore and offshore facilities in the Middle East. It did not say who the client was.

"The competitively tendered contract includes integrity and inspection services for around 85 offshore platforms spread across five producing fields, as well as call-off onshore inspection management and NDT work for one of the operator’s gas plants, gas control station, LNG jetty, and an onshore supply base," Oceaneering said.

Oceaneering last week reported a net loss of $368 million, on revenue of $537 million for the three months ended March 31, 2020. Adjusted net income was $3.5 million, or $0.04 per share, reflecting the impact of $393 million of pre-tax adjustments, including $379 million associated with goodwill impairments, asset impairments, and write-offs during the quarter.

The company said it could provide EBITDA guidance for the second quarter and full year of 2020, "due to the lack of visibility into the majority of our businesses," as the markets its serves are being profoundly affected by the effects of and the associated responses to COVID-19, as well as the significant reductions in its oil and gas customer spending as a result of the lower crude oil price environment.

Despite not being able to provide operating or EBITDA guidance, Oceaneering said it expected to generate positive free cash flow during 2020.

Earlier in May, Oceaneering's board approved voluntary base salary reductions of the executive management team and other members of senior management, effective as of May 1, 2020.