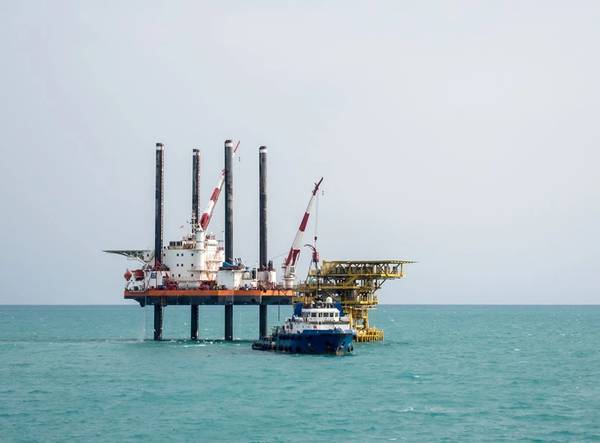 Curbing crude output means lower production of associated gas, a byproduct of crude extraction, which Saudi Arabia uses to power air conditioners during the summer months and as feedstock for its petrochemical industry.

While industry sources do not question Saudi Arabia's ability to deliver on the cuts and note that opening and shutting oil wells is technically easier for OPEC's biggest producer than in other parts of the world, balancing the supply and demand of gas for the residential sector and industry is a delicate process.

OPEC and allies led by Russia, a group known as OPEC+, agreed last month to reduce output by about 9.7 million barrels per day (bpd) in May and June, a record cut aimed at shoring up sliding prices as coronavirus-related lockdowns crippled the global economy and demand for oil tanked.

In a further step, Saudi Arabia, Kuwait and the United Arab Emirates pledged this week to deepen their cuts by an extra 1.180 million bpd in June.

Because Saudi oilfields pumping lighter crude tend to produce more associated gas than fields with heavier and sour grades, where the cost of production is also higher, the Kingdom's oil output will likely drift more towards these lighter quality grades, analysts and experts say, potentially worsening the current global glut of such barrels.

"The shutting down of (some) fields is not easy because of the gas," said one Gulf oil industry source. "But we can reduce production capacity rates at some fields or bring forward field maintenance to reduce output."

Though Gulf oil producers have the world's lowest per barrel production cost, the relative cost of production of different grades is also important when it comes to deciding where to make cuts.

Concentrating output cuts on offshore fields - which produce heavy crudes - is an option often taken by Saudi Aramco to avoid offering big discounts on those grades, industry sources and analysts say. That could also point to a relative increase in exports of already over-supplied lighter grades as production is curbed.

"There are no technical impediments to start-ups and shut downs but there are costs," said Sadad al-Husseini, a former senior executive at national oil company Saudi Aramco and now an energy consultant.

"Heavy oil is discounted in terms of its export price relative to the lighter crudes.... Arab Heavy (crude) would generate lower export revenues than Arab Light sales," he said.

Husseini said offshore fields that produce Saudi heavier grades such as the Safaniya and Manifa fields in general have a higher operating cost than the lighter crude oilfields, and generate much lower volumes of associated gas and other liquids.

For example, a barrel of Arab Light may have an associated 500-600 cubic feet of gas, while a heavy crude from Manifa may have as little as 90 cubic feet, he said.

Other producers such as Canada and Russia are struggling with widespread shutdowns as they fear they could cause permanent damage to fields. In Canada, the problem is mainly driven by the need to steamheat heavy oil.

In Russia, some fields are so old and yield so little oil that once closed, they are difficult to restart.

Saudi Arabia said on Monday that it would pump 7.492 million barrels per day in June, the lowest in almost two decades.

That, combined with the cuts from other OPEC+ countries, could also curtail 15% of ethane-based ethylene supply in the Middle East - or about 1.5 million tonnes, Wood Mackenzie said on Wednesday.

Ethylene is a basic feedstock for petrochemicals that are processed into products such as plastics.