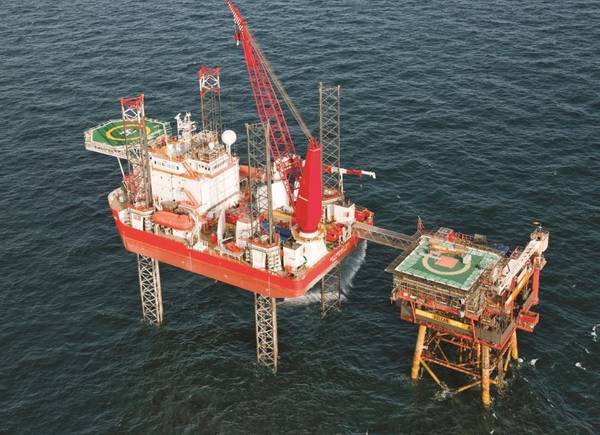 Gulf Marine Services (GMS), a UAE-based owner of a fleet of jack-up service units for the offshore energy industry, has again rejected Seafox's takeover proposal and has urged its shareholders to do the same.

Seafox, the Dutch owner of a fleet of offshore jack-up service vessels, late in April made a non-binding proposal to take over the UAE-based jack-up specialist GMS. Both companies provide offshore service support jack-up units for hook-up and commissioning in the oil & gas and offshore wind industries.

The proposal was for a possible cash offer for GMS at a value of US$0.09 per GMS ordinary share. GMS' board rejected the proposal deeming it opportunistic and saying it undervalued the company.

Seafox then said it had increased its ownership to 16.39 percent by acquiring 9,38 million shares in GMS on the market at a price of 10 pence per share, also making a "no increase" statement, meaning that if it makes a firm offer to take over GMS, the offer price will be at a price of either 10 pence per share or US$0.09 per share, depending upon which is higher based on the prevailing exchange rate at the time of any such firm offer.

Immediately following the 'no increase' statement, GMS said it would "meet to consider the [Seafox 'no increase'] announcement."

"The Board of GMS has now met and confirms that it has unanimously rejected the Seafox Proposal, which fundamentally undervalues GMS. The Board's confidence in GMS's future value creation as an independent company is underpinned by continued strong operational performance and reconfirmation of 2020 EBITDA Guidance," GMS said.

Tim Summers, Chairman of GMS, said Thursday: "GMS continues to perform well and confidence in our previously issued EBITDA guidance for 2020 remains firm.  GMS is a transformed business from a year ago and our prospects are strong.  It is not surprising that we would attract interest from Seafox at this time, but shareholders should ignore any attempt to buy their shares far below their true value."